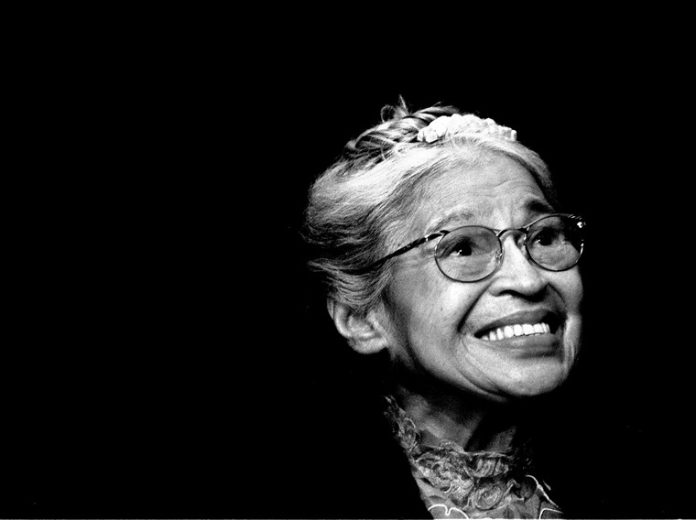 The civil rights movement was greatly impacted by women like Rosa Parks, the first African woman to stand up against racial segregation and Ruby Bridges the first African American student to enter William Frantz Elementary School for the white Americans. The African Americans fought bravely during the Civil War from 1954 to 1968, to end institutionalized racial discrimination. This is the story of strength and determination of one such woman called Rosa Parks an American activist in the civil rights movement who belonged to the era. Famously known as “the mother of the freedom movement,” Rosa Parks strengthened the struggle for racial equality by refusing to give up her bus seat to a white man in Montgomery, Alabama on December 1, 1955. Her February 1956 arrest led to the Montgomery Bus Boycott by 17,000 black citizens under the leadership of a young. Rev. Dr. Martin Luther King Jr. Since then, the United States Congress even called her “the first lady of civil rights”.

Rosa Louise McCauley was born on February 4, 1913, in Tuskegee, Alabama. Her mother Leona worked as a school teacher and her father James McCauley as a carpenter. When she was only 2 years the family shifted to Pine Level, Alabama. After the birth of her brother Sylvester in 1915, Rosa’s parents separated and she when to live with her mother and maternal grandparents on a farm. Till 11 years Leona home schooled her kids but when Rosa was 11 years they shifted to Montgomery, Alabama, where she took academic and vocational courses. Later she attended a laboratory school set up by the Alabama State Teachers College for Negroes for secondary education. However, she could not complete her education then as her grandmother and later her chronically ill mother, both needed care and Rosa volunteered to look after them.

In 1932, when Rosa was just nineteen years, she married Raymond Parks, a self-educated man 10 older than her who worked as a barber and was a long-time member of the National Association for the Advancement of Colored People (NAACP). It was Raymond who encouraged Rosa to go back and complete her education. In 1933, Rosa earned her high-school diploma.

Activism was introduced to Rosa as early as 1932 when she married Raymond and began to attend meetings with him. Raymond at that time was an NAACP member who was actively helping to collect money to support the defense of the Scottsboro Boys, a group of black men falsely accused of raping two white women. While Rosa continued to help her husband she also took up jobs as a domestic worker and hospital aide. It was only in December 1943, that Rosa Parks joined the Montgomery chapter of the NAACP, as secretary to Edgar Nixon.

In 1949 she was selected to be an advisor to the Youth Council of the NAACP in Montgomery.

Since 1900, in Montgomery bus passengers were segregted by race. Sadly it continued as a way of life even in 1955. According to the ordinance, African Americans were required to sit in the back half of city buses and to give up their seats to white riders if their front half of the bus, got full. Mostly the first four rows of seats on each Montgomery bus were reserved for whites but could change with a moveable board depending on whites riding the bus.

On December 1, 1955, after a long and tiring day at work, Rosa the department store seamstress, was returning home. At around 6 p.m., Rosa boarded the Cleveland Avenue bus, belonging to the Montgomery City Lines. She paid her fare and sat in an empty seat in the first row reserved for colored people. As the white-only seats in the bus filled up, the Montgomery bus driver James Blake ordered Rosa Parks and three other African Americans to move behind. “Move y’all, I want those two seats,” he said. While the three riders got up, Rosa Parks did not. Apparently when James Blake asked Rosa, “Are you going to stand up?” Rosa Parks looked straight at him and said: “No.” Blake then replied, “Well, I’m going to have you arrested.” And Parks, still sitting next to the window, replied softly, “You may do that.”

James Blake, the same driver, who had treated Parks rudely and evicted her from his bus in 1943, contacted the police. This led to her being fined USD 10 and arrested with a violation of Chapter 6, Section 11 segregation law of the Montgomery City code.

In her autobiography, My Story, she said:

‘’People always say that I didn’t give up my seat because I was tired, but that isn’t true. I was not tired physically, or no more tired than I usually was at the end of a working day. I was not old, although some people have an image of me as being old then. I was forty-two. No, the only tired I was, was tired of giving in…”

That evening Edgar Nixon and her friend Clifford Durr of Pullman Porters Union, bailed Rosa Parks out of jail.

The Montgomery bus boycott and beyond

1955: On December 5, the Black community begins a boycott of Montgomery buses.

1963: Rosa Parks continues activism. On August 28, she attends the civil rights movement March to Washington for Jobs and Freedom.

1965: Rosa Parks gets a job in the Detroit office of newly elected Congressman John Conyers, where she stays until her retirement in 1988.

1992: Releases the book Rosa Parks: My Story, an autobiography for younger readers.

1996: Parks is presented with the Presidential Medal of Freedom by Bill Clinton.

What Mukesh Ambani is to India, Carlos Slim Helú is to Mexico. In December 2020, while Mukesh Ambani’s net worth was US$76.5...
Read more
Inspiring Stories

Climate change is arguably the most potent and urgent threat to the world we live in. While the larger problem of global...
Read more
Inspiring Stories