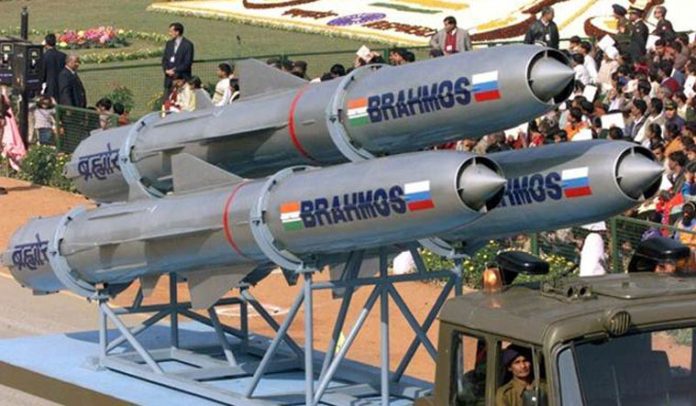 For all those out there who have heard of BrahMa but not BrahMos, you are going to enjoy this initiation from divine to devilish. Oops, not literally. BrahMos is not a devil, it is a supersonic cruise missile jointly developed by India’s Defence Research and Development Organisation (DRDO) and NPO Mashinostroyenia (NPOM) of Russia. In February 1998 Dr. Abdul Kalam, head of DRDO, signed a joint venture to build missiles for our armed forces that would be named after two rivers, the Brahmaputra in India and the Moskva in Russia – BrahMos.

The agreement between India and Russia aimed to form a joint venture company that would be responsible to design, develop, manufacture, and market the world’s fastest supersonic cruise missile system.

The Men behind BrahMos

After the Gulf War of the 1990s, India began to realize it lacked modern cruise missile systems and it was time to manufacture the same in India. As a result, in 1998, then Scientific Advisor of India to Defence Minister A. P. J. Abdul Kalam and Deputy Defence Minister of Russia N.V. Mikhailov signed an inter-governmental agreement in Moscow to manufacture BrahMos missiles in India.

While India holds a 50.5% share stake in the company BrahMos, Russia holds the remaining 49.5%.

APJ outlined and laid down the key necessities and specifications for the new missile system, secured financing for the project, and facilitated coordination with the Russian partners. A. Sivathanu Pillai, the first CEO & MD of the joint venture also greatly contributed with the initial set up of BrahMos. He was in close contact with his Russian counterparts to take the project off the drawing board and into flight. It is under his guidance that the project achieved key milestones, including the first test launches, the signing of the first contracts, and entry of their products into the Indian Army and Navy.

At present, the Defence Research and Development Organisation (DRDO) is planning to set up its third production unit for BrahMos in Nagpur, Maharashtra.

In February 1998, India and Russia signed an inter-governmental agreement to establish BrahMos Aerospace for producing the BrahMos missiles. Since then the joint-venture has helped strengthen India’s Defence Systems. Few notable achievements of the partnership include:-

From Aug 23-29, 2020 the Russian Defence Ministry organized a trade event in Moscow to display its military ware including tanks and armoured vehicles.  The Indian Pavilion was inaugurated by Secretary (Defence Production) Raj Kumar and Indian Ambassador DB Venkatesh Verma. India was one of the 70 nations who displayed its defence artillery manufactured in the India-Russia Brahmos JV. The pavilion received a lot of attention and several firm inquiries too.

Moving to the Future

The latest BrahMos missiles can now be installed on ships, submarines, airplanes, and ground vehicles.

Currently, the BrahMos missiles have a range of 300 km with a traveling speed of Mach 2.8 to 3.0. But going forward the company is expecting to introduce Brahmos missiles with 600 km-plus range with ability to hit protected targets with pinpoint accuracy.

BrahMos-NG (Next Generation) will also be introduced in the year 2024 which is a mini version based on the existing BrahMos. It will have a range of 290 km and mach 3.5 speed but it will weigh only 1.5 tons. Its overall dimensions have been reduced to 5 metres in length and 50 cm in diameter, making BrahMos-NG 50% lighter and three metres shorter than its earlier prototypes.

In 2020, the Ministry of Defence (MoD) is preparing a list of military items that can be exported from India to other friendly nations. BrahMos Missiles is among those items. As per an official statement “After fulfilling the requirements of the Indian armed forces, BrahMos missile can be exported to third countries”. Of course, the decision to export BrahMos is a joint-decision that needs to be taken by both India and Russia.

Since his retirement, Dr. Sudhir Kumar Mishra is now the chief executive officer and Managing Director of BrahMos. Sudhir Kumar Mishra is an engineer, defence scientist and civil servant and currently also simultaneously serving as the director general at the Defence Research & Development Organisation. On May 26, 2010, he received the DRDO Scientist of the Year Award (2009) from India’s honourable Prime Minister Manmohan Singh.

Neither divine, nor devilish, with BrahMos we are assured of better equipment for our armed forces to keep India’s borders safe.