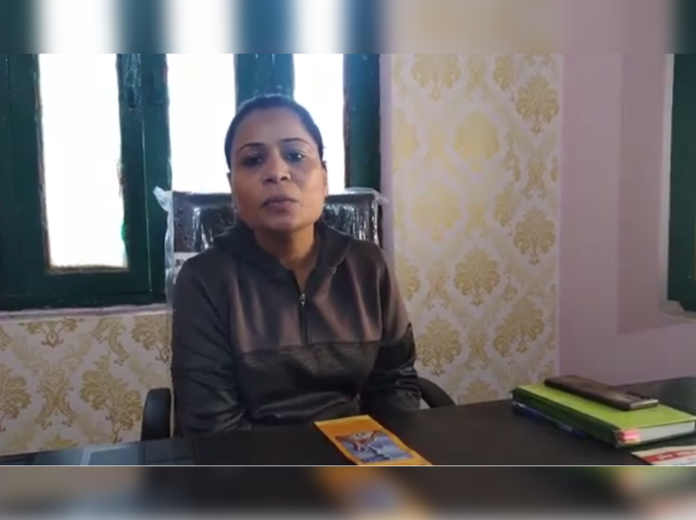 Medhavi Keerti, Range Forest Officer posted in Uttarakhand’s Badrigaad Range launched Dhatree, a social enterprise to bring to people’s homes the original forest produce of Uttarakhand. The initiative trains women to make and sell organic soaps, cutlery, rhododendron juice, and other such products. Dhatree, is a sustainable initiative that empowers the local women of Uttarakhand to earn their own income.

Uttarakhand is one of the states of India that is making progress to change the fortunes of its population. From Green People to Medhavi Keerti, they are committed to restore lost glory to the state and reduce migration for work. Medhavi Keerti, a range forest officer, was posted for just four months at Uttarakhand’s Badrigaad area when she roped few women to source locally available material and turn it into organic, natural and chemical-free products. The young Ranger Didi started to positively impact the lives of the women of Uttarakhand through her initiative – Dhatree, launched on May 1, 2020.

In a short time the women were selling close to 100 items including diyas, havan samagri, pots, and aroma products. The women also learned how to successfully market the local produce such as barley, rajma and Manduwa (rhododendron juice) at prices twice to four times higher than before. In October 2020, the first Dhatree Store opened.

In Uttarakhand, men discourage women and young girls from working, believing they are only good for household chores. Medhavi Keerti is changing it. Dhatree, her social enterprise has started to empower women to earn their own money.

In Bandasari village, Nirmala Devi Pawar, a 50-year old native, along with 10 other women, produces, cleans, packages, and sells organic wheat flour, gram, pulses, rhododendron juice and other products to tourists and locals. On a good day, she earns Rs 2,500 as profits.

With seniors like Nirmala Devi, taking a lead, many young girls are inspired to work. Now around 100 women across five villages in the Bhadrigaad range are generating a livelihood.

Other Products and Brands

Keerti is working tirelessly to train women from different villages to specialize at a skill in line with the local resources.

She has segregated them into

Also, a second store has opened in Bandasari. It sells food grains, pulses, spices, and other items made by local women.

After Dhatree, Medhavi Keerti has set up a branch called ‘Nandini’. Here, unmarried girls can work and manufacture their own products.

This is the beginning of a paradigm shift in the mindsets of the villagers. Women are stepping out of their homes to earn a living and men are encouraging and assisting them. Uttarakhand is becoming a role model for reverse migration. With social initiatives like Dhantree and Green People, Uttarakhand is poised for a new chapter of economic growth a