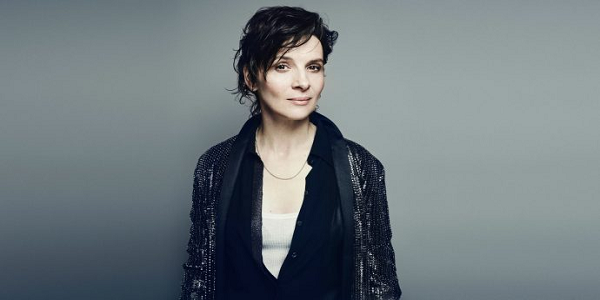 Juliette Binoche, the alleged intelligent French actress fondly called by the French press as ‘La Binoche’ started her acting career in 1983. But it was later in 1988 that she caught the attention of international film critics with the release of her film ‘The Unbearable Lightness of Being’ that marked the beginning of her stardom. Since then she has acted in over 60 films and even won an Academy Award in 1997. She is an actress, visual artist, dancer, painter, human rights campaigner, and singer. She has been politically active advocating artistic and journalistic freedom. Juliette Binoche, in 2008 released a book of portraits of her directors along with short poems about them.

Growing up with artistic genes

Juliette was born on March 9, 1964, in Paris, France. Juliette’s artistic genes come from her Polish mother Monique Yvette Stalens, a teacher, director, and actress and father Jean-Marie Binoche, a director, actor, and sculptor. Sadly, her parents divorced in 1968, after which Juliette and her sister Marion were sent away to a boarding school and hardly enjoyed time with their parents since. Not good in academics, Juliette decided to pursue dramatics. At 17, she directed and starred in a student play, Exit the King.

In the early 1980s, she joined a theater troupe, touring France, Belgium and Switzerland under the pseudonym “Juliette Adrienne”.   That soon led her to debut on French television series Dorothée, danseuse de corde (1983) followed by another small role in the television film Fort bloque.

In 1983, she got her first break in films with the motion picture Liberty Belle. However, small the role may have been, Juliette Binoche knew on the sets then, this is where she wanted to be. In 1986, Juliette was awarded the Romy-Scheneider Prize for her acting skills and technique.

As of 2017, Juliette Binoche was nominated 9 times for the César Awards and won once, for Three Colours: Blue (1993). She is also among the four achievers alongside Julianne Moore, Sean Penn and Jack Lemmon, to have won the top acting prizes at the three major film festivals: Cannes Film Festival, Venice Film Festival, and Berlin International Film Festival. In 2000, her movie Chocolat with superstar Johnny Depp put her on the global movie map. Her list of nominations being even longer, here are few of her notable awards:-

“Giving birth is like a vase of beautiful flowers. Only you’re just the vase, and only for a very short moment. The flowers are beautiful, but they belong to themselves, not to the vase.” – Juliette Binoche

Juliette Binoche, the forward thinking French mother being unmarried believes she has still not met the right match. In 1993 she gave birth to her son Raphaël, whose father is Andre Halle, a professional scuba driver and again in 1999 to a daughter, Hana, with French actor and companion Benoît Magimel.

With Juliette Binoche saying, “there’s always the next move, the next transformation,” the world will be eagerly watching her…

Betty Friedan the American author of the landmark book The Feminine Mystique (1963), was an activist who created a social revolution post-World...
Read more
Women Power

In 2020, amidst the COVID-19 lockdown, Kylie Minogue recorded at her London home, DISCO her fifteenth official album that contained "Say Something"...
Read more