Merin Joseph, an IPS officer, made headlines when she travelled all the way to Riyadh, Saudi Arabia, to apprehend a child rape suspect who had been on the loose for two years. She discussed her interest in the matter and why she prefers to concentrate on issues involving women. 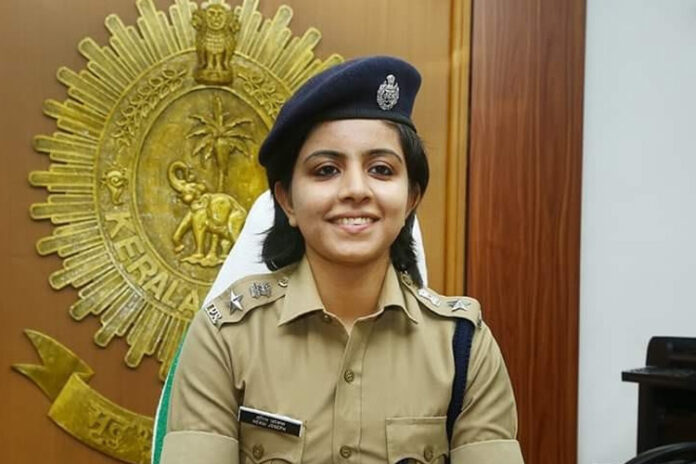 When Kollam Police Commissioner and IPS Merin Joseph chose to travel to Saudi Arabia to arrest a child rape suspect who had escaped Kerala and travelled to Riyadh, she had no idea what procedures she would face once she arrived in the Middle Eastern country. It’s because, despite many Keralites fleeing to Saudi Arabia after committing significant crimes, extradition from a foreign country is uncommon.

Merin’s case was notable since the 38-year-old accused, Sunil Kumar Bhadran, a resident of Kerala’s Kollam district, had raped a 13-year-old schoolgirl in 2017 while on vacation in the state. For three months, he raped the girl, his friend’s niece.

Sunil had already escaped the nation to Saudi Arabia, where he worked as a tiling worker, by the time the girl told her part of the story to her family. After being transferred to the Government MahilaMandiram rescue home in Karicode, Kollam district, the girl killed herself.

The case had been lingering for almost two years when Merin came across it, and she was determined to see that the girl’s family received justice. She was successful in apprehending the offender, making him the first person arrested from Kerala for a crime committed there.

“Because it had never been done before, no one was truly familiar with the extradition procedures. Also, issues involving women and children are near and dear to my heart. I’m very interested in resolving them. I wanted this person extradited to India to stand trial. People should not have the perception that they may commit a serious crime, then flee to a foreign nation to avoid punishment. As a result, the message has to be delivered loud and clear.”

She went on to say, “This was a horrific case in which the victim had committed suicide, and I felt it was my duty to intervene. Because, despite the media attention around such incidents, people forget and move on, which is unfair to the victims, particularly poor individuals who may lack money, who lose out in the long term.”

Merin has always been interested in issues involving women and children, therefore this desire to solve cases involving women and children wasn’t an anomaly. “Women and children, in my opinion, have no one to speak out for them, and as a result, they become victims of the problems in obtaining justice. I believe that women typically fight their legal fights alone, with no one to support them. As someone who has worked in the system, I have witnessed firsthand how difficult it is for people to navigate the complex and time-consuming procedure. So the very least I can do is show compassion and assist them in any manner I can. I attempt to reassure everyone that I will do everything in my power to ensure that they receive justice.”

She went on to say, “These concerns are frequently overlooked because no one has the time to devote to them. As a female officer, the very least you want to do is empower your own gender. In India, especially when it comes to women’s safety, there is a lot of controversies, and as a lady officer, I am expected to do things like that. You must also meet the public’s expectations and provide what they desire.”

Merin is well aware of the challenges and discrimination that her gender endures. When asked if she has ever faced any form of discrimination in the workplace, given that her job is essentially male,’ and she responded that her work, not her gender, defines her.

Being an IPS officer isn’t easy, and Merin, who has captivated many with her drive to solve the Kollam case, believes it is a career that may genuinely make a difference. “Being an IPS gives you a tremendous amount of power. You have such an impact on so many people’s lives. You have a tremendous amount of influence. It’s challenging, but it also provides you with tranquillity and fulfillment. My recommendation to women is to start thinking about IPS as a career option.”

Merin, whose hero, appropriately enough, is Dr. KiranBedi, has always aspired to be a government servant. “I’ve never been interested in a traditional 9-to-5 career. IPS fit the description well since I needed something dynamic, engaging, and that kept me on my toes all the time. I wanted to take risks and do things differently, and IPS provided me with those opportunities.”

Share
Facebook
Linkedin
Previous article19 year old on A Mission To Plant A Trillion Trees to Save the Environment
Next articleNo refrigerator, no AC at home: Here’s How I Cut My Monthly LPG Use in Half With Solar Cooking

However, the efforts are continuing unabated. Naresh Pal, a native of Uttar Pradesh, conducts a school beneath a bridge in Delhi that...
Read more
Inspiration