Malala Yousafzai – A small but powerful voice that even Taliban could not silence! 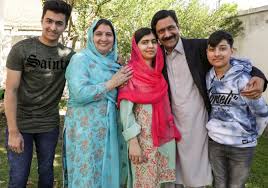 In Pakistan, the birth of a girl child is not a moment of joy. So, on July 12, 1997, there was no celebration in Mingora, Pakistan to welcome Malala Yousafzai into the world. Malala was the firstborn of Ziauddin and Tor Pekai Yousafzai. Later they had two sons – Atal and Khushal.

But this was no ordinary day. A campaigner for girls’ education, the youngest Nobel Prize Laureate, and the girl who would survive a Taliban bullet was born!

Mingora was located in the Swat Valley. In 2007, the Taliban began to control and force its rule on Swat Valley and entire northwestern Pakistan. Their fanatical extremist ideologies had started to spread. They began to ban girls from attending school, families from owning a television and playing music, and also prohibited any cultural activity like drama and dancing. Believing in the right to an education, Malala and her father stood up to the Taliban. In an interview on Pakistan television Malala said, “How dare the Taliban take away my basic right to education.”

In January 2008, as most girls were dropping out of school due to fear, Malala bid her friends a tearful farewell not knowing when she would meet them again. By the end of 2008, the Taliban had destroyed 400 schools. Anyone who would challenge or disobey the Taliban rule was given harsh punishments including death.

While most girls were terrified to go to any school, few like Malala continued to attend classes at Khushal Girls School and College. In early 2009, Malala also began to blog under the pseudonym ‘Gul Makai’ on the Urdu website of the British Broadcasting Corporation (BBC). In her blog “I am afraid,” she conveyed to the world the real life situation in the Swat Valley under Taliban rule, describing an impending war between Pakistan and the Taliban. On May 5, 2009, Malala became an internally displaced person (IDP), after her family was forced to leave Mingora.

On the family’s return to Swat Valley, Malala and her father resumed their activism. This time as their voices grew louder their fervour spread in Pakistan and other countries. Malala continued her public campaigns in the media for her right to go to school while her father reiterated the need to give Pakistani girls access to free quality education.

Malala the young activist for girl’s education was only 14 years when she was awarded Pakistan’s National Youth Peace Prize. On one hand while she was being nominated for the International Children’s Peace Prize, 2011, on the other Taliban hardliners voted for her end. Nothing could stop her now, except maybe death. 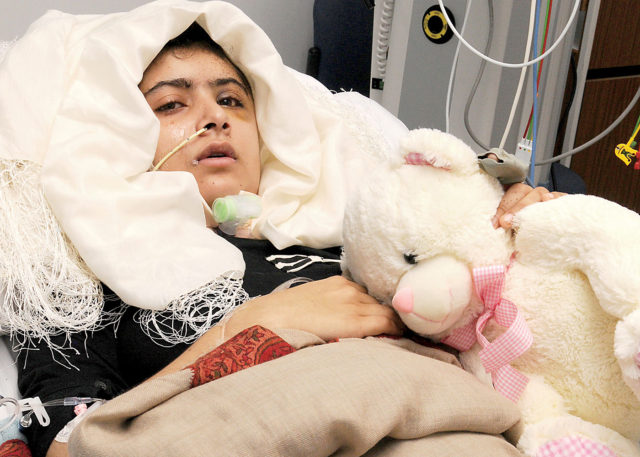 In October 2012, on her way home from school, a young bearded Taliban gunman boarded her school bus and asked, “Who is Malala?” He fired three shots. One critically missed her brain having passed through the left side of her head. Malala was seriously wounded while her friends Kainat Riaz and Shazia Ramzan got killed. She was airlifted to a Pakistani military hospital in Peshawar and four days later to an intensive care unit in Birmingham, United Kingdom. Malala woke up after 10 days from a medically induced coma with millions of people around the world praying for her recovery.

2013 More determined than ever

After her brush with death, Malala was even more determined to fight for girls education. On her 16th birthday, Malala Yousafzai poured out her heart and views in front of a housefull of attendees at the United Nations in New York. Later in October, she published her first book and autobiography “I Am Malala: The Girl Who Stood Up for Education and Was Shot by the Taliban.” On October 10, 2013, the European Parliament awarded Malala the prestigious Sakharov Prize for Freedom of Thought.

In 2014, the Malala Fund was set up to empower girls through education. The organization was co-founded by Malala and her father. Today it funds education projects in six countries.

Malala enrolled at the University of Oxford to study Philosophy, Politics and Economics. While she continues to study, she continues her fight for girls who are unable to get 12 years of free, safe, quality education.

2020 The Resurrection, the Resolve

According to Malala Yousafzai, “It was then I knew I had a choice: I could live a quiet life or I could make the most of this new life I had been given. I determined to continue my fight until every girl could go to school.”

Knowing more than 130 million girls are still out of school today, Malala’s resolve only gets stronger. Her fight to educate the girl child is a far cry from over.

And the story goes on…….

Director Amjad Khan who released the film Gul Makai: Malala Yousafzai Biopic on January 31, 2020, continues to receive ‘fatwa’ threats. Not all voices can be silenced………