Home Stories Influencers Ruling the world, one at a time: Vineeta Singh
StoriesInfluencersNews

She turned down a $1 million job offer from a top investment firm to start her own beauty business, which today has $500 million in revenue. Who is she? She's the founder of 'Sugar' cosmetics, Vineeta Singh. 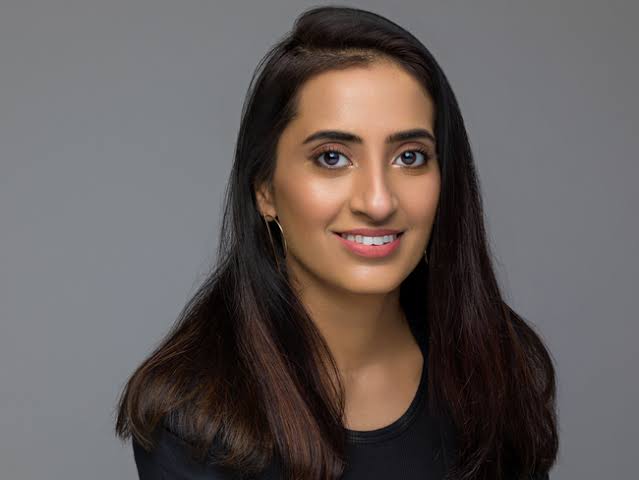 Today’s women are defying preconceptions, reaching new heights, and inspiring millions with determination and hard work. With so many tasks and responsibilities, they are silencing people who feel that, “You can’t do it all!” Vineeta Singh, is one such woman.

Vineeta was 17 when a professor told her to start an entrepreneur. And that was just the beginning of her road to becoming who she is today. She studied hard, got into IIT, and completed her MBA to become an entrepreneur. She got a job offer that would’ve paid her 1 crore, but Vineeta had other intentions. She recognised she could become an entrepreneur only by being one. Several people, including her parents, encouraged her to reconsider.

Still, this inspirational woman believed in herself and took that plunge towards building the life she wanted for herself, to become her own boss! At 23, she moved to Bombay in a tiny house that flooded quickly. She was on a tight budget- so much so that she didn’t go out much to save money. She pushed herself to do better and be better, which led to the birth of her first venture, which failed and made question her decision of not taking the cushy job she was offered. To clear her mind, she started running, and with each finishing line, she gained clarity. This enabled her to shoot her second entrepreneurial shot that led to the birth of FabBag- a beauty subscription company. But after immeasurable research, she understood the need for quality cosmetics in India, and that’s how Sugar was born!

Vineeta speaks very fondly of her father, a scientist at the All India Institute of Medical Sciences. She says he had an ‘irrational passion’ towards his work. He wanted to discover 600 protein structures to facilitate the development of drugs for cancer and other diseases. “He worked 365 days of the year, including Sundays. I’d see him go back to his lab after dinner and work through the night as a kid. I’d argue with him about how crazy it was to dream about 600 when he was discovering 15 a year.” But last January, after more than 30 years of toiling, he hit his target. “I asked him how it felt about accomplishing his goal. Would he take a back seat? Finally, retire? No.” Instead, he said he still has it in him to make more discoveries and is as excited about it as he was on Day 1. What seemed like an “irrational passion” back then doesn’t seem the same way now because Vineeta feels the same way about Sugar now. From generating sales worth Rs.2 crore yearly to now generating the same amount daily, the digital-first cosmetics brand- Sugar, has definitely come a long way.

Women in India have always struggled to find beauty products catering to their unique skin tones. They have often had to rely on foreign products for the same. Vineeta wanted to change that by making something specifically for the Indian women- A made in India brand for India. “I’ve always wanted to establish something with women as the primary consumer, so after my first venture failed to expand, I launched a beauty subscription service in 2012. The 200,000 women who shared their beauty preferences with us spurred our transformation to SUGAR Cosmetics, which began as a direct-to-consumer makeup brand in 2015.”  Vineeta found it difficult to start Sugar in a “man’s world”. One of the possible investors, in fact, declined to speak with her because they preferred to speak with a ‘man’ about business. She was unafraid, and she let her business speak for itself. Initially, she had to fund her own company. “When we tried to raise capital, we were informed that digital-first beauty would be a small market. Without raising hundreds of millions of dollars, competing with huge FMCG firms would be impossible. We were even informed that because the product is a commodity, it won’t have a strong moat.” Fast forward to now, when the company raises millions of dollars and sells roughly 650,000 goods per month.

“I’d be pumping breast milk, working out, taking business calls, and hoping not to wake up my son at times.” I’d have sleepless nights, but I enjoyed my work. It paid off after a year–we were named the greatest lipstick brand!”

Sugar has grown to over 1500 employees, with 75 percent of them being women, in just 5 years! “Why is it so difficult to accept that a woman can perform more than one role?” the Shark Tank judge replies when asked how she raises two children and runs a business. Vineeta’s unbreakable spirit sets an example for everyone who wants to dream big and fulfill their dreams. It highlights the fact that you can succeed and leave no stone unturned with consistency and determination.

"All governments want to appoint one person from a weaker community to a top post so that voices of others of the...
Read more