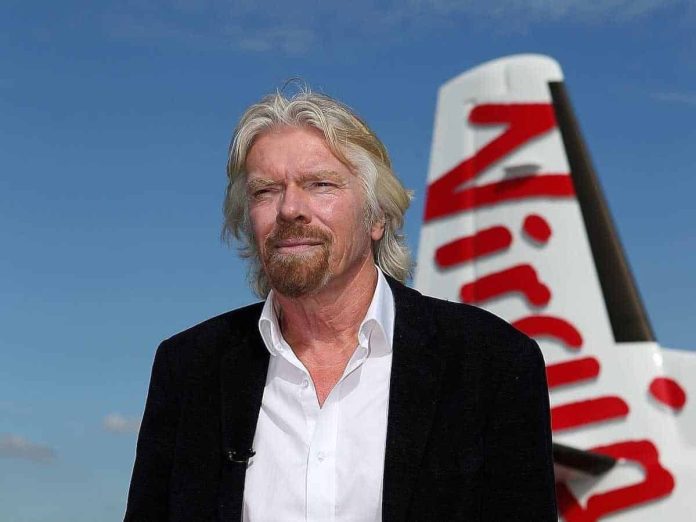 Richard Branson the British business tycoon, entrepreneur, investor, author, and philanthropist is the Founder and Owner of Virgin Group that owns more than 400 companies in 60 businesses of which the most notable are Virgin Atlantic, Virgin Galactic, Virgin Media, Virgin Care, and Virgin Mobile. Richie the Rebel, began his first business venture, a magazine called Student at the age of 16. What followed suite in the 1970s, was his business of mail-order records. In 1972, the young opportunist opened a chain of record stores, Virgin Records later known as Virgin Megastores. Since then Richard Branson is known to never let go of a golden opportunity whether the idea and enterprise succeed or fail. He simply states: “I suppose the secret to bouncing back is not only to be unafraid of failures but to use them as motivational and learning tools. … There’s nothing wrong with making mistakes as long as you don’t make the same ones over and over again”.

In March 2000, Branson was knighted at Buckingham Palace for “services to entrepreneurship”. Having dressed formally that morning he exclaimed, “I have never worn a morning suit before, but I quite like it – maybe I will get dressed up like this more often,” In the same year Forbes declared Sir Richard Branson’s estimated net worth at USD 4.3 billion.

Richard Charles Nicholas Branson son of Eve Branson and Edward James Branson was born on July 18, 1950, in Blackheath, London. He has two younger sisters Vanessa and Lindy. He began schooling at Scaitcliffe School, Surrey and, at 13 years went to boarding at Stowe School in Buckinghamshire, England. As Richard suffered from dyslexia, he always lagged in studies otherwise was an overall smart kid. His principal Robert Drayson, once told Branson, ‘you will either end up in prison or become a millionaire’. By the time he was 16 years, he dropped out of school and decided to follow the path to becoming a millionaire. He launched his entrepreneurship venture Student, a youth-culture magazine that sold $8,000 in advertising and 50,000 copies released for free.

The business tycoon and entrepreneur

Virgin ideas came to Branson one after another. It began with a mail-order record company called Virgin in 1969 to fund his magazine Student. From there his next idea germinated for a record store, Virgin Records which opened on Oxford Street, London that later in the ‘70s and ‘80s expanded to a series of Virgin Megastores. In 1972, he added a recording studio in Oxfordshire, England. The Virgin Records label, signed Mike Oldfield in 1973, recording his single “Tubular Bells” which hit UK charts remaining on top for 247 weeks. The continued success of other groups and artists such as Sex Pistols, Culture Club, the Rolling Stones, and Genesis earned Virgin Music the top spot among the other six recording companies in the world.

In 1993, Virgin Records faced financial problems and Branson sold the company to Thorn EMI for USD 1 billion. Still an aficionado of music, in the same year, he founded the station Virgin Radio, and in 1996 he started a second record company, V2, which signed artists such as Powder Finger and Tom Jones.

In the 1990s The Virgin Group expanded beyond United Kingdom to 35 countries in United States, Australia, Canada, Asia, Europe and South Africa. From there it grew to include the train company Virgin Trains, the mobile phone company Virgin Mobile, the media giant Virgin Media, the money exchange company Virgin Money, and the most famous space-tourism company, Virgin Galactic.

But not every entrepreneurial venture becomes a blockbuster. Virgin Cola, Virgin Cosmetics, and Virgin Brides were Virgin Group’s most embarrassing failures.

With the turn of the 21st century, Richard Branson shifted his focus on the space-tourism venture, Virgin Galactic. He partnered with Scaled Composites to establish The Spaceship Company. In April 2013, the project had its first successful ‘spaceplane’ test launch, SpaceShipTwo. Virgin Galactic plans to operate a fleet of 5 SpaceShipTwo spaceplanes. More than 700 space enthusiasts have already bought tickets at USD 250,000/person for a ride into the galaxy on a Virgin Galactic spaceship. Branson told NBC News that “We’re absolutely delighted that it broke the sound barrier on its very first flight, and that everything went so smoothly.”

On October 31, 2014, VSS Enterprise broke up in flight and crashed in Mojave Space Port in California.

But when did failures hold back Richard Branson? Branson continues to look into the future with his 2017 investment in Hyperloop One, a company dreamed up by Elon Musk. This futuristic transport cheaper and faster than the traditional rail system uses magnetic levitation pods to travel at 250mph in tubes underground or above ground.

In 2015, Branson announced the launch of Virgin Voyages, a cruise line. Virgin Voyages’ maiden voyage of Scarlet Lady which was scheduled on April 1, 2020, got postponed to October 16, 2020, on account of the coronavirus pandemic. The cruise ship is designed to hold 2,800 guests and a crew of 1,150.

In 2018, Richard Branson, now the hospitality mogul under his company Virgin Hotels announced their presence in Las Vegas by taking over ownership of the Hard Rock Hotel.

Richard Branson has authored 82 books. Some of the popular titles include

Richard Branson started his first charity when he was just 17. In 2004, he established Virgin Unite a non-profit foundation. He is also the force behind The Elders and Carbon War Room. Among several charities he supports, a few are:

Though Richard Branson owns five homes and three islands in different parts of the world, including South Africa, Kenya, and Switzerland, he calls Necker Islands his home. Branson bought the luxe British Virgin Islands retreat, Necker Island, for USD 180,000 in 1978. He lives here with his second wife Joan Templeman and their two children, Holly and Sam.

His hobbies yachting, hot air ballooning, kite surfing, and biking even though they have led him to near-death experiences.

The one valuable line that Branson continues to believe in and we all should do too,

“You don’t learn to walk by following rules. You learn by doing, and by falling over”.

Share
Facebook
Linkedin
Previous articleAn IAS officer’s wife is transforming a village all on her own.
Next articleTegla Loroupe, a Celebrated Woman Marathoner and Activist from Kenya