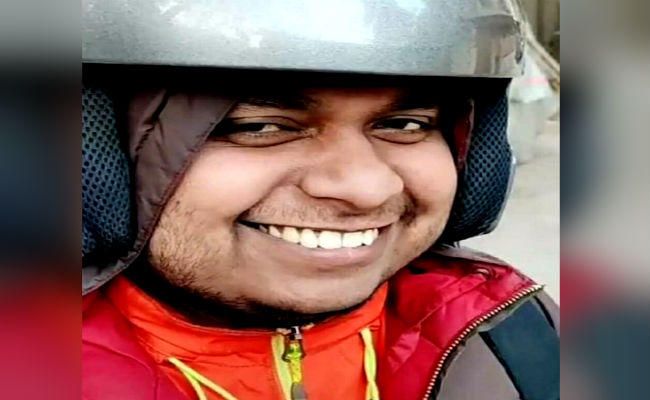 The tasty tech story of online food delivery Zomato began in 2008 when two Delhi IITians Pankaj Chaddah and Deepinder Goyal founded an Indian restaurant aggregator and food delivery start-up app. Zomato became the ideal platform that provided a user-friendly environment to hungry Indians who could search for their favorite cuisine from nearby restaurants, order the meal, get it delivered to their doorstep, and review and rate the restaurant. It completely changed how Indians dined. Today Zomato India’s No.1 restaurant aggregator and food delivery app has become the most widely used food ordering application and India’s youngest MNC. The online restaurant guide now has 43 global offices in 22 countries, with staff from 65 nationalities and its services are available in more than 10,000 cities. Zomato has 62.5 million registered customers.

In 2008, while the IITians Deepinder Goyal and Pankaj Chaddah were working as analysts in Bain & Co, New Delhi they noticed colleagues waiting for their turn to get a hold of multiple printed menus cards to be able to order themselves lunch in the office. Like any startup entrepreneurs, Deepinder Goyal and Pankaj Chaddah immediately identified the need/problem and found a solution by innovating the novel concept ‘Foodiebay’. Soft copies of the menu cards of different eateries were uploaded on the Foodiebay website, which everyone in office could immediately access to order food, no more waiting to get a hold of a printed menu. With its phenomenal acceptance and success in office, the two entrepreneurs decided to expand their website to anyone in Delhi. Within the next nine months, FoodieBay became the greatest business opportunity and the largest restaurant directory in Delhi NCR.

In 2010, Foodiebay was rebranded and reborn as Zomato. Besides the website, a mobile app was also created for users’ easy access. Its services began to extend to other cities in India like Pune, Ahmedabad, Bengaluru, Chennai, and Hyderabad.

Zomato needing funding. One of the first investors was Sanjeev Bikhchandani, the founder of Naukri.com who in 2010, invested USD 1 million through Info Edge (India). In 2011, he invested another USD 3.5 million. Later in 2012, Info Edge added another USD 10 million to enjoy a 50% stake in Zomato.

The company also has other investors like Sequoia Capital, Vy Capital, and Temasek and Alibaba’s Ant Financial. With Ant Financial’s USD 200 million investment in 2018, Zomato crossed the USD 1 Billion valuation.

The invested funds were assigned to increase marketing efforts, to add new delivery agents, to improve tech capabilities, and to expand services.

In 2012, Zomato launched its mobile app. It also began to expand its model overseas launching its services in UAE, Qatar, Sri Lanka, Philippines, South Africa, and the United Kingdom. In 2013, Zomato was available to users in Indonesia, Turkey, Brazil, and New Zealand, with its website and apps available in Indonesian, Turkish, Portuguese, and English languages. By 2015, Zomato had entered Canada, Lebanon and Ireland. Zomato is now available in 24 countries.

Here is the list of 12 companies acquired by Zomato over the years.

The ups and downs of every start-up

On June 4, 2015, an Indian security researcher hacked the Zomato website and gained access to information about millions of users.

In 2018, while on one hand Zomato’s new initiatives like Zomato Gold and its cloud kitchen concept was launched, there was news about cofounder Pankaj Chaddah leaving Zomato

In September 2019, Zomato in India fired almost 10% of its workforce (540 people) from its back-end activities like customer service, merchant and delivery partner support functions.

In April 2020, Zomato introduced Contactless Dining for food deliveries and Zomato Market to deliver groceries. This online initiative aimed to minimise customer contact by eliminating the use of high-touch elements like cash on delivery. Barcodes and dress codes became the mantra for safe delivery.

Its most profitable move to serve the world food during the pandemic earned Zomato a whopping rise in revenue. Zomato in its performance report of July 2020, announced that its revenue in the last financial year jumped over two-fold to USD 394 million (around INR 2,960 crore) as compared to 2018-19. The Earnings Before Interest, Taxes, Depreciation, and Amortization (EBITDA) loss in the last financial year stood at around Rs 2,200 crore. The company has also pointed out that its monthly burn rate, which measures the rate at which a company is losing money, is down by 60%.

“Moving our business towards profitability was a core focus for us in FY20 and we made significant progress along that journey,” Zomato said.

As Zomato fights to stay a leader in online food delivery service, it is geared up to fight yet another giant Amazon who is getting ready to expand its food delivery and cloud kitchen services beyond select cities in India.

ASK NOT what to cook for lunch, ASK what to order from Zomato!

"When I was eight years old, I went to visit my grandparents in Vijayawada, Andhra Pradesh. They live near the Krisha river,...
Read more
Load more