A Brief History of Britannia – The Indian Biscuit Giant 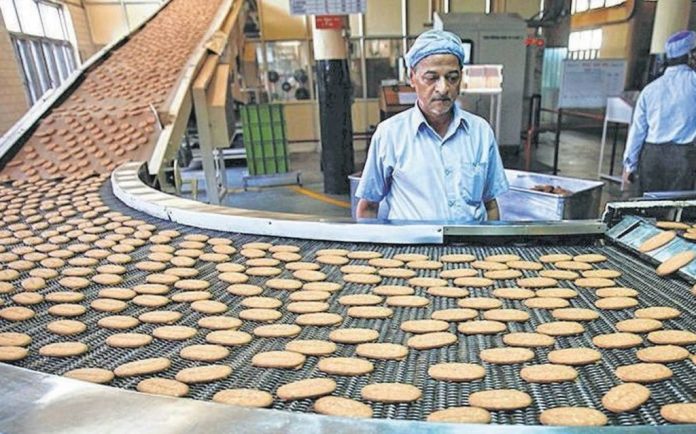 How it all began

If the British introduced us to a cuppa tea, biscuits were not too far behind. Here, is the brief history of Britannia from 1892 to 2020. What began as a small nameless biscuit making unit set up in 1892 in Calcutta with an investment of rupees 295, changed hands in 1897. Then on March 21, 1918, an Englishman C.H. Holmes partnered with the owners Gupta brothers to incorporate the unit and Britannia Biscuit Company Ltd (BBCo) was formed. Besides the British, the locals too began to develop a taste for biscuits which resulted in its demand to slowly grow. Encouraged by this growth, in 1921, the partners imported industrial gas ovens and even added a new factory at Kasara Pier Road, Bombay in 1924. But the real large scale operations happened during the World War II (1939-1945), when the government of British India needed a continuous supply of biscuits for its soldiers. Since then to date, Britannia Industries Limited (BIL) continues to supply customized biscuits to fulfill specific nutrient requirements in war zones and during emergencies working closely with the United Nations World Food Programme.

Partnership, ownership, and shareholding also changed. From Gupta Brothers and CH Holmes Limited, to Peek Freans, and later ABIL, Britannia the biscuit company was going through constant change. Only in 1978, with a public issue, the company firmly established itself as Indian, with a shareholding of over 60%. In 1979, the company changed its name from Britannia Biscuit Co Ltd to Britannia Industries Ltd (BIL).

But, the saga was far from over. Rajan Pillai, the ‘Biscuit Raja’ was at the helm in the 80s.  Accusations were surfacing of him defrauding Britannia. The twists and turns and Pillai-Wadia bitter boardroom struggles came to the fore. It all changed in 1993, when Nusli Wadia of the well-known Bombay Dyeing Wadia Group acquired a stake in Associated Biscuits International (ABIL) and became an equal partner along with the Danone Group in Britannia Industries Limited. Rajan fled to Singapore and was later taken into police custody in Tihar jail where he passed away in 1995.

The turn of the century

During the year 1997 with BIL entering into the dairy products market, a new corporate identity was being established. The mission was ‘Eat Healthy Think Better’ and ‘Make every third Indian a Britannia consumer’. Under Nusli Wadia’s leadership, the company was preparing for a new century with new rules.

And all along BIL continues to launch new products in the market.

India is the world’s third largest biscuit manufacturing country after the US and China. In India, BIL enjoys a 38% market share. BILs core business is the manufacture and sale of biscuits (since 1892), breads (since 1954), cakes (since 1963), croissants (since 2017), crème wafers, rusk, and dairy products (since 1997). It has manufacturing facilities in Kolkata, Delhi, Chennai, Mumbai, and Uttarakhand. Today BIL has a presence in more than 60 countries across the globe. Like Godrej of 1897, Britannia too has stood the test of time

This OCTOBER 10, 2020, MENTAL HEALTH DAY needs more attention than ever before