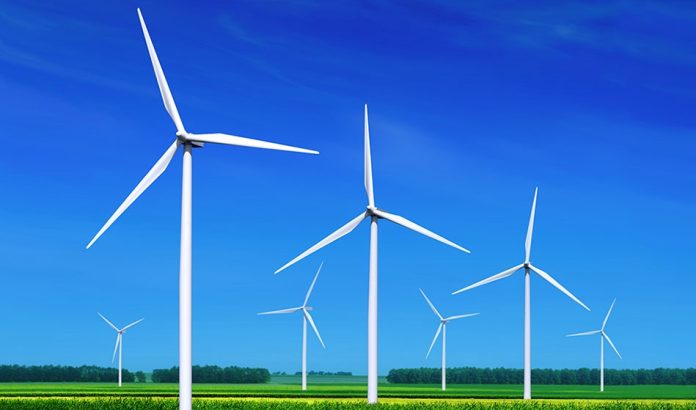 The wind energy industry is growing exponentially. The power generated by the movement of air from an area of high pressure to an area of low pressure is termed wind power or wind energy. It is a clean renewable energy source with the least harmful impact on the global climate as compared to any other energy source. Wind turbines that generate energy do not release emissions that pollute the air or water. Today, due to this growing environmental awareness and the low operational costs after the wind turbine is erected, governments have started to encourage agencies to pursue wind-energy development by offering them incentives. It is estimated by 2050 one third of the world’s electricity needs will be fulfilled by wind power.

Just in this last decade with growing awareness on carbon footprint, corporations and countries have started to increase wind turbine use by more than 25% per year. Further as per the 2019 report by Power-technology.com, the following countries are leading with installed wind capacity: –

China is a leader in wind energy holding 1/3rd of the world’s total capacity at 221 GW. It even boasts of the world’s largest onshore wind farm ‘Jiuquan Wind Power Base’ also known as’ Gansu Wind Farm’ that features 7,000 wind turbines.

The US comes second with 96.4 GW of installed capacity. The country has 6 of the 10 largest onshore wind farms. In 2011, it commissioned the Alta Wind Energy Centre (AWEC) in California, the world’s second-largest onshore wind farm which is jointly operated by Terra-Gen Power, NRG Renew, BHE Renewables, EverPower, and Brookfield Renewable Energy Partners.

With 75.1 GW, Germany has the highest installed wind capacity in Europe. Its largest wind farm is the Gode Windfarms with nearly 1,500 offshore wind turbines which have a combined capacity of 582 MW.

After China, India ranks second in wind energy in Asia, with a total capacity of 35 GW. The country has two large wind farms — the 1,500-MW Muppandal wind farm in Tamil Nadu and the 1,064-MW Jaisalmer Wind Park in Rajasthan.

Advantages and Disadvantages of Wind Power

Immediate steps are needed to protect the planet from further environmental damage. Sad but true it took the global coronavirus situation to show the world how clean its air can be without carbon emissions. This is a clear message for every country to increase its reliance on a clean energy source like wind energy.

Most wind energy comes from turbines that are around 328 feet (taller than the Statue of Liberty) with 260 feet long blades. As the wind blows the blades spin around turning a shaft connected to a generator that produces electricity.

i. Onshore Wind energy that is generated by wind farms that have large installations of wind turbines on land.

ii. Offshore Wind energy is when wind over open water is used to generate electricity. In this case, the installations are located in bodies of water mainly in the ocean.

The time is NOW to start using wind power together with other energy sources for a cleaner TOMORROW!

This OCTOBER 10, 2020, MENTAL HEALTH DAY needs more attention than ever before

Depression – The Deadly Demon of 2020