On International Day of Disabled Persons, Meet Sudha Chandran, who inspired millions by choosing her passion over physical disability 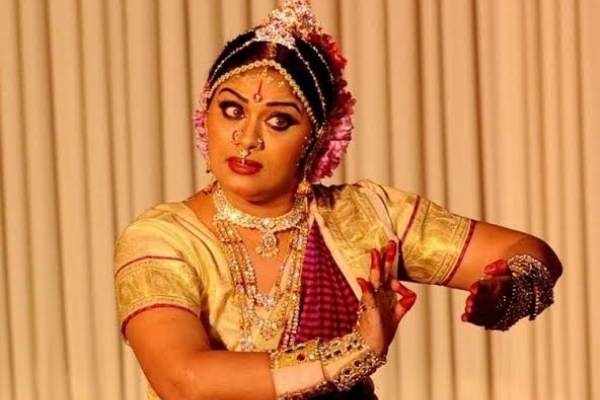 Since childhood, she has been outstanding in her education. She pursued a Master of Arts (MA) in Industrial and International Economics. But, other than these subjects, she chose to dance. The Sudha Chandran mother wanted her daughter’s passion for dancing to turn into reality. Thus, because of her mother’s support, she started learning dancing from the age of three.

Already she was performing at multiple live stage shows and was gaining love from the audience. Her parents wanted her to become a prominent international performer.  But, life does not easily offer you food over the plate, and you must face hardships to conquer your dreams. Therefore, the same happened with Sudha Chandran that swapped her life but not her goal.

An accident mutated her life.

It was 1981 when she was travelling with her parents from Tricky by bus. Unfortunately, the bus met with an accident. However, none of them were seriously injured. But, due to many patients, dancer Sudha Chandran’s case was treated by intern doctors who mistakenly neglected the cut in her ankle, due to which she started having gangrene in the area.

It made her parents tense because the gangrene could reach her whole body. Therefore to protect their daughter’s life, they decided to amputate Sudha Chandran’s leg. She got shattered, but her strong desire pulled her back towards her career. Hence, a ray of hope came into her life to help her cope with her disability. Her courageous and strong emotion towards her dancing passion led her to the right way.

God always helps the ones who keep the faith and never lose hope. If one door closes, another itself opens up. The equivalent resulted in actress Sudha Chandran struggling with her amputated leg, and she thought she wouldn’t be able to dance again.

One day in August 1981, she read about Mr. P.K. Sethi (Pramod Karan Sethi), a co-creator of the Jaipur foot, about winning the Ramon Magsaysay Award for introducing prosthetic leg in a newspaper. She then wrote him a letter of appreciation and requested him for a meeting. Then the doctor made a prosthetic leg for her through which she stood back on her feet.

The first, live dance performance with a prosthetic limb.

The Sudha Chandran father and mother held her hand during her difficult time. While practicing dance, she faced hemorrhage, pain, and more severe issues in her amputated leg. But, after a few months, she gave her first live performance with her artificial leg. Her mother was her driving force to perform fearlessly, and that’s what she did. Her inspiring story is bliss for everyone.

After reading Sudha Chandran’s inspiring story in 1984, a famous film producer, Mr. Ramoji Rao, approached her to make a biopic film Mayuri (Telugu). Later it was released as Nache Mayuri in Hindi. The actress herself acted in the movie. The film marked the start of her dancing and acting career as she won a Special Jury award at the National film awards.

Soon, she started working in TV serials. She got popular for her famous roles like Ramola Sikand in Kaahin Kisii Roz, Yamini Singh Raheja in Naagin, and more. After this, she never looked back and continued to perform proficiently both in acting and dancing. She gave brilliant dance performances around the globe

Success comes to those who have the willpower to handle it bravely!.

The life of the versatile dancer and actor Sudha Chandran has been occupied with complications now and then. But, she stood up every time valiantly. Her compelling story is added as a separate chapter in the school curriculum of variant educational boards motivating children to pursue their passion despite any disability.

She is a true example of a brave lady that has encouraged the masses to walk courageously without any fear. Being a woman with a physical disability, she was successful in her career. Also, her inspiring story conveys to all the parents to support their children in every situation, and they must act as a pillar of motivation to help them move forward.

Sudha Chandran; an inspiration to the population!

Share
Facebook
Linkedin
Previous articleSridhar Vembu, the Man Behind the Success of Zoho Corp, the Largest Software Product Company in India
Next articleGurgaonMoms has become a Google case study!

Priorities are flourishing for this young adult, Shraddha Mishra, who, as we got to know, is not so young to curate a...
Read more
Inspiring Stories

https://open.spotify.com/episode/7pQjUBk4LUIiVZhwns0dvt We are never too old to be fit and healthy. Never old to practice and accomplish...
Read more
Podcast

Exclusive Podcast : The Strive Of Raja Kumari,Inspired Fresh Indian Artist To Anchor Into The Musical Industry

A singer she was, she is, and will be as well in the future - Sonalli Mahhar proved to everyone that chasing...
Read more