Joyita Mondal is India’s first transwoman member of a judicial panel of a civil court and a social worker. Mondal started a non-government organisation for the welfare of the LGBTQIA+ community and the NGO later branched out to help others, including elderly people and sex workers. 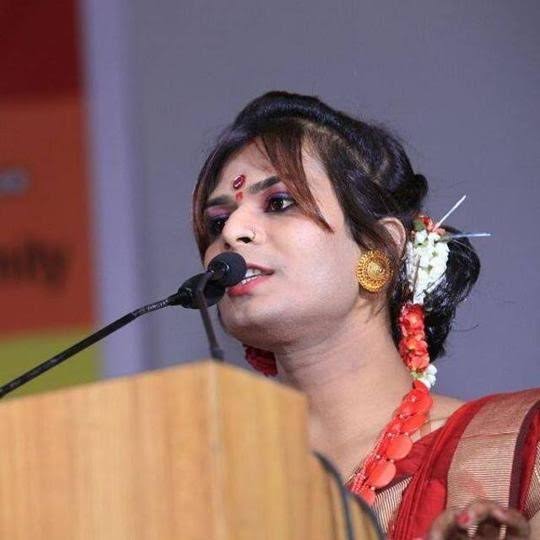 “All governments want to appoint one person from a weaker community to a top post so that voices of others of the community are muffled. I would not let that happen. Even if two-three percent of transgender people in Islampur get dignified jobs, I would consider my appointment beneficial for my community. They would not have to work as sex workers for Rs 150–200 and can have a good sleep at night. Even now, as I move around in air-conditioned cars, my people beg during the day and work as sex workers at night.” Says Joyita Mandal, India’s first transgender judge. Joyita’s life journey, like countless people from the LGBTQIA++ community, hasn’t been easy. Joyita was born biologically male in a traditional Hindu household in West Bengal, Kolkata. She faced a lot of stigma, discrimination, opposition, and even rejection when she decided that she could no longer live with something that she was not; a man. As a child, Joyita loved playing with dolls and dressing like a girl. She mentioned how society doesn’t expect any 10-year-old ‘boy’ to be like this. Gradually as she grew older, she started dressing up like a girl when she went outside the house and changed before returning home. But this life of secrecy wasn’t what she wanted. Why has society made it so difficult for people to just, be?

After grade 10, when her special friend left the all-boys school she went to, she decided to drop out of school in 2009 too.

“I didn’t tell my family that I was unable to take the verbal bullying by other boys in my school. I just told my mother I had gotten a job in Dinajpur, a neighboring district in the state, and wanted to go there. I told her that I would come back in two months if things didn’t work out, and she consented,” Mondal revealed.

However, Mondal never looked back. She struggled initially. After coming to Dinajpur’s Islampur, Joyita didn’t return to Kolkata. She slept and begged at bus stops. She became a hijra (eunuch) and attended weddings, visited newborns’ homes to dance, sing, and bless them to prevent ill luck. Joyita began sex reassignment in July 2017, eight years after she came out of the closet. It doesn’t bother her today, though, because she is now India’s first transgender judge!

She began working for trans individuals in India and eventually anyone facing social injustice. To develop in-depth knowledge of government services and promote awareness outside her neighbourhood, she attended a distant correspondence school and earned a law degree. In 2010, she was the first trans person from her district to receive a voter ID after the Election Commission added ‘other’ as a gender identification option.

“It gives me great satisfaction to know I have broken gender stereotypes. It is also gratifying to see those who once taunted me about my gender stand before me with folded hands, waiting for a judgment on their case,” says Mondal.

Joyita was appointed to Islampur’s Lok Adalat ten years after leaving Kolkata. The court is also near the bus stop where she spent her first nights. She’s the first transgender person to change the judiciary. Despite her success, she says sleeping at a bus stop and being tossed out of hotel rooms because she was transgender are her most painful memories..

After her traumatic experience at the bus stand and getting denied a room at all the hotels just because she was a transwoman, she knew she had to do more to change the stigmatized mindsets of people and spread awareness. “I started counseling sessions in hopes of reducing stigma by inviting relatives and family members of transgender persons. We showed films on the problems faced by the community. Further, sensitization of teachers and students in government and private schools and colleges started, and street plays at bus stands, and other popular spaces were performed”

Joyita has also founded ‘Dinajpur Notan Alo Society’ to reach out to sex workers, beggars, victims of trafficking, and other marginalized communities to help them lead a better life. Her organization currently has 2200 transgender employees.

Today, Joyita views her accomplishment of being the first transgender judge in India as a step towards creating an equal society for everyone. “When I have achieved success, then sometimes I think, “why only me? Why can’t others like me?””

But, for Joyita, the battle is still not over.

“Sometimes, I can feel negative vibes from those whose cases I adjudicate. From a strange gaze or body language. However, I must add that none of them have insulted me. At times, a few are just surprised to see a transgender person on the chair of judges.”

She still believes that with time, society will change its attitude towards the people belonging to the LGBTQIA++ community. After all, we are all humans before being compartmentalized into societal constructs. Everyone deserves to be treated with respect, identify with their true self and be whoever they want to be.

After all, we are all different colours of the same rainbow.