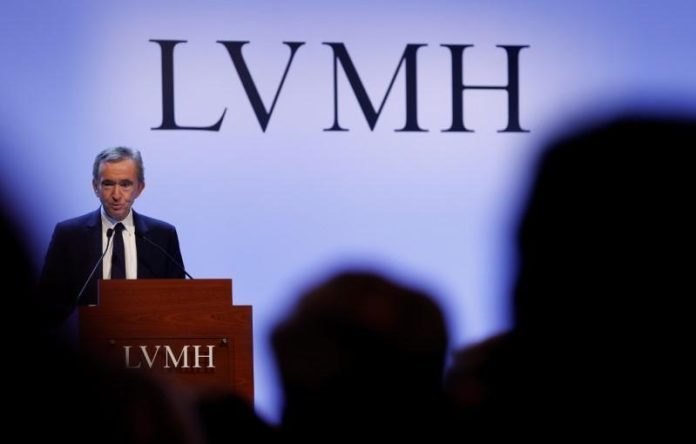 French businessman Bernard Arnault the well-known chairman and CEO of the Parisian conglomerate LVMH Moët Hennessy Louis Vuitton SA, oversees 79 luxury products including Louis Vuitton, Christian Dior, and Sephora. Called the ‘Pope of Fashion’, and ‘The Wolf in the Cashmere Coat’, Bernard Arnault is known for establishing the empire of Louis Vuitton and luxury brands. Bernard Arnault, the world’s 2nd richest person in 2019, lost USD 30 billion owing to the COVID19 pandemic. Today despite the demand for luxury goods has come crashing down, Arnault remains among the top 5 rich and famous persons in the world with a net worth of USD 86.4 billion, and 4590 shops in 68 countries.

Starting in the Family Business

Bernard Arnault born on March 5, 1949, belonged to an industrial family of Roubaix, France. He attended the Roubaix lycée and the Faidherbe lycée in Lille and later studied Engineering at the prestigious Ecole Polytechnique. In 1971, upon getting the engineering degree he joined Ferret-Savinel, his father’s construction company. Here he learned the nuances of the business and took up challenging responsibilities to rise in various executive management positions of the firm. From 1978 to 1984, Bernard Arnault served as the President of Ferret-Savinel. In 1978, when he took over as President, he changed the company name from Ferret-Savinel to Férinel Inc. and also included real estate which he envisioned would be a lucrative business in the 80s.

Bernard Arnault having learned the ropes of the business from his father, had become a sharp businessman himself seeking new opportunities. He entered the luxury goods business in 1985 by putting up USD 15 million from his real estate business to buy the fashion house Christian Dior with co-investor Antoine Bernheim, managing partner of the French bank Lazard Frères and Co. Together the two investors raised the USD 80 million and bought the bankrupt textile company Boussac Saint-Frères, that owned the brand Christian Dior.

In 1987, Henri Racamier, Chairman LVMH Moët Hennessy Louis Vuitton invited Arnault to invest in the company through a joint venture with Guinness PLC. Arnault invested USD 1.5 billion in 1988. He invested another USD 1,100 million which got him a stake of 43.5% in LVMH shares and 35% in voting rights. On January 13, 1989, he was elected chairman of the executive management board.  Since then, Bernard Arnault has led the company through an ambitious development plan, transforming the name LVMH and especially Louis Vuitton into a global luxury brand.

Bernard Arnault acquired more companies/brands over the next few years. Some of his acquisitions include,

From 1998 to 2001, Arnault also invested in Boo.com, Libertysurf, Zebank and Netflix.

In 1973, Bernard Arnault married Anne Dewavrin, and they had two children, Delphine and Antoine. In 1990, the couple went separate ways and in the following year, Bernard remarried Hélène Mercier, a Canadian concert pianist. Arnault wooed Helene Mercier by playing Chopin and other classical compositions on the piano. Arnault continues to play Chopin his favorite composer, on the Yamaha grand in a room down the hall from his 9th floor office. Bernard and Hélène have three children – Alexandre, Frédéric, and Jean.

His four children Delphine, Antoine, Alexandre, and Frédéric work for LHMV in different roles handling brands Berluti, Loro Piana, Rimova, and TAG Heuer. While the youngest son Jean, is yet to join the family business Delphine, the oldest daughter and heir apparent of LVHM Empire is now the executive vice president at Louis Vuitton.

Arnault is an avid collector of art and owns masterpieces from artists like Andy Warhol, Pablo Picasso, and Damien Hirst. He owns a 101.5 m (333 ft) yacht named Symphony and travels in his private jet.

He has rubbed shoulders with the world’s most noted personalities including Lady Diana Princess of Wales, Apple founder Steve Jobs, Karl Lagerfeld, former French President Nicolas Sarkozy, Russian President Vladimir Putin, and President of USA Donald Trump. Today among all these friendships, he has a long-standing public rivalry with Francois Pinault, the owner of French luxury fashion group Kering.