"Girls in our village were always supposed to bow down while walking as a sign of respect, because " Log Kya Kahenge?" : Anju Verma 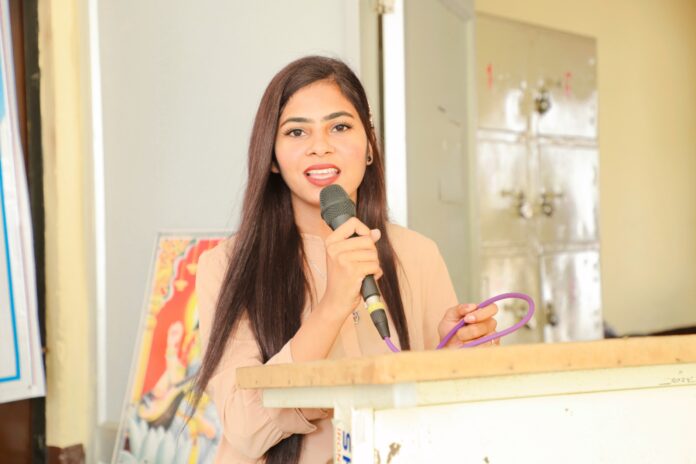 How would a caged parrot feel if asked to fly high and see the world? Anju felt that way when her mother allowed her to go to her relative’s house. Growing up, her home was both hell and heaven.

“Girls in our village were always supposed to bow down while walking as a sign of respect, because ” Log Kya Kahenge?”

As much as she wanted to be free, she didn’t even know the streets of her own village. So when 9-year-old Anju’s mother agreed to send her to her relative’s place for a month, her happiness knew no bounds. But who knew that it was just the beginning of something that would swipe the ground off her feet?

When she reached her relative’s, she thought that they were good people. After a day or two of learning household work from them, Anju’s relatives woke her up at 5 am every morning, made her do all the household work, and didn’t let her speak to her parents and made her wear torn clothes! From 5 am in the morning, Anju’s relatives made the 9-year-old child massage fifteen people for one and a half hours each, every day too.

Once Anju went to the market with her cousin to get some things for the house. There, he told Anju that he wanted to play a secret game with her that they would both enjoy and that it would make them feel good. He asked her to come to his room at night. Something seemed fishy to Anju, she felt weird about the entire conversation. “I asked my heart if I should go to his room that night. All my life, I had trusted my gut feeling to guide me toward the right path. My heart told me, “Don’t go!” so I didn’t.” Luckily, Anju was saved. The next day, she told everyone in the house about what her cousin had told her. They slapped him but told her, “Kisi ko zikr mat karna, ghar me rishte kharaab ho jayenge”, but she didn’t have it in her heart to lie to her mother, so she told her the truth after going back. “Even though it wasn’t rape, it was harassment.” Her family fought with theirs, and they never spoke to each other again.

Since then, Anju gained a lot of knowledge about child labour, sexual harassment and started to spread awareness about it.

“Once, when I was in my class in my village, I saw that some of my female friends were very irregular in class and were getting scolded by my teacher. In those days, being beaten by teachers in villages was normal. When I asked them about this, they said that they had to help their father on the farms and feed the cattle too. This resulted in them having no time to complete their homework. It broke my heart. Why was it so difficult for the girl child to get educated?”

Anju visited the girls’ parents at home. Since she was young, they didn’t take her seriously and yelled that housework was more essential for women than school. They threatened to complain to Anju’s father if she came to their house to teach them how to handle their kids. Soon, she and the village sarpanch visited the girls’ house within days. They informed them they had to travel to all houses as part of a government survey to record child labour in their hamlet and whether girls weren’t obtaining an education because of it. If females were forced to work in the village and were not learning, the parents would get 6 months in jail and a Rs. 50,000 fine. The parents got worried and stopped calling the girls to work on farms so they could study. The girls who barely passed earlier tests got 70% in 10th grade.

In 2017, after realising that wanted to help people beyond her village, Anju founded Buland Udaan. Buland Udaan is a foundation that promotes child rights, education, menstrual hygiene, and women’s empowerment. What started with 20 people, now has over 1000 across India!

Since then, Anju has been awarded The Changemaker Award by Smt. Smriti Irani and Young Changemaker Award by our ex-prime minister, Manmohan Singhji. She has also been awarded the Sri Sathya Sai Award and Dr. A.P.J. Abdul Kalam Award by the education minister of Kerala. She is also an Advisory board member at Global Dignity, and her journey has been mentioned in the Young Changemaker Book and Change Starts Young Book.  This year, she has always been invited as a guest at Bill Gates & Melinda Gates Foundation for the Goalkeeper Award in New York.

“Divya Brar, Deenbandhu Prajapati, Ramesh Kumar and Vikas Kumar have always been my shield. Without their support, I wouldn’t have been able to do anything.”

Anju Verma is the perfect example of “You are never too young to create a difference.” Her passion, commitment, hard work, and constant striving toward making this world an equal and better place to live in are incredibly commendable.