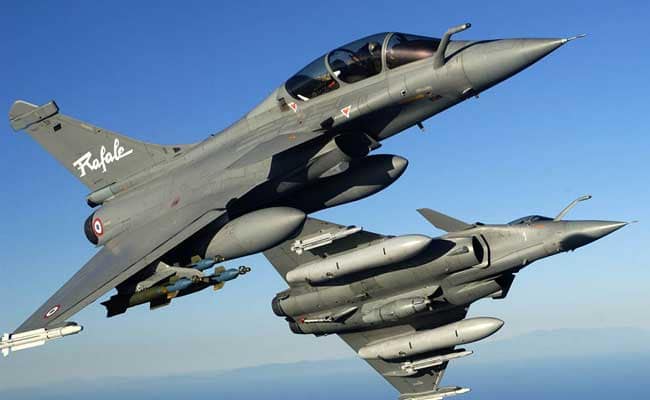 This is a story where you aim for the sky. It is about a glorious moment in the history of Indian Air Force (IAF). It is the day of pride for every Indian as IAF pilots fly five Rafale fighter jets from France to India.

The Rafale jets took off from the Merignac airbase in French port city of Bordeaux to land at Ambala Air Force Station on July 29, 2020. The arrival of this batch of new 5 Rafale jets (out of 36), assuredly helps India to gain air combat prowess and strengthen its defence sector.

The Pilots who flew the Rafale fighter jets home

On July 27, India’s Ambassador to France Jawed Ashraf met the Indian Air Force pilots to wish them a safe flight to India. The jets touched down on the Ambala Air Force base tarmac at around 3:10 pm on July 29. They travelled 7,364 kilometres with air-to-air refuelling with French Air Force in the first leg, hour of sorties, and a single stop en route in UAE.

The bravehearts of the 17 Golden Arrows Squadron who navigated 7000+ kilometres to bring these jets home include:

– Group Captain Harkirat Singh: The commanding officer of the 17 Golden Arrows Squadron is a Shaurya Chakra awardee, the third highest peacetime gallantry award. In 2008 when his MiG 21 Bison aircraft met with an accident he did not allow his aircraft to crash in an emergency saving many lives on the ground.

– Wing Commander Abhishek Tripathi: A native from Jalaur in Rajasthan was a budding wrestler and cross country runner before he joined the IAF.

– Wing Commander Manish Singh: Belonging to the Bakwa village in Ballia district of Uttar Pradesh, Manish Singh comes from a family where others before him have served the armed forces. He chose to continue the tradition by joining the National Defence Academy (NDA), Pune and got commissioned in the Air Force in 2003.

– Group Captain Rohit Kataria:  Inspired to become a pilot by his father who retired as Colonel Kataria in the Indian army, Group Capt. Rohit Kataria from Basai village in Gurugram, Haryana had his dreams come true when he flew the Rafale home.

– Squadron Leader Ranjit Singh Sidhu: Ranjit an all-rounder in studies and sports. When studying in Std XII, at Malwa School, Gidderbaha in Muktsar district he was inspired to join the IAF by his school principal Retd Squadron Leader Venu Gopal.

A peep into the purchase

In January 2016, India and France signed the memorandum of understanding (MoU) for the acquisition of 36 multirole fighter aircrafts at Euros 8 billion. The deal was to procure superior fighter aircrafts that could launch from both, a shore base as well as from an aircraft carrier.

The first Rafale fighter from the order book was handed over to IAF in October 2019. The ceremony attended by the French Minister for Armed Forces Madame Florence Parly and India’s Defence Minister Shree Rajnath Singh.

The next five Rafale aircrafts arrived in India in July 2020.

The other five that are ready for delivery are currently held back in France for training more IAF pilots. The delivery of all 36 aircrafts is expected to be completed by the end of 2021.

Though Rafale was declared L-1 bidder, the contract negotiations stretched until 2016 due to a lack of agreement on various terms including Transfer of Technology and cost related issues between IAF and Dassault Aviation. In that time, the contract began to attract its share of controversies with political parties insinuating an unfair deal. However, on November 14, 2019, the Supreme Court of India passed judgement dismissing any irregularities or corruption in the deal.

And the Rafale aircrafts are inward bound.

At this moment, we are quite certain that the embargo will not affect the delivery of the remaining Rafale combat jets as India prepares to welcome the next lot of bravehearts who bring home the jets.