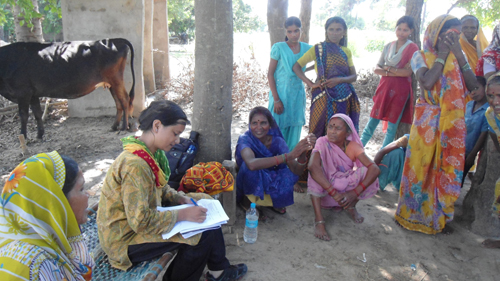 We have always been told that a single person cannot change how the whole world works. We being unaware most of the times, believe that we can’t amend anything in this society by ourselves. However, the reality is that humans undermine their potential. Kaushlendra’s burning spirit and eagerness to pay forward to his people made him what he is today. Kaushlendra, a regular village boy, always knew that his dreams were bigger than what his pocket could afford. Growing up he observed the struggles rural people face in their daily lives and it was getting difficult for him with every passing day to see his people overcome these hurdles. He has seen his farmer villagers who struggled feeding their own bellies let alone feeding the nation. He did his schooling from Nawada, Bihar and completed his B-Tech in Agricultural Engineering from ICAR. Later, he joined IIM-Ahemadabad for MBA and graduated with a gold medal. In 2003 his destiny called him back to his roots to serve his land. He was placed as a trainee in an agricultural firm where he realized that the only way to uplift the farmers is to educate them about their work, different government schemes and enabling them with technology. Source: Kaushlendra/ Facebook. Kaushalendra’s first step in the direction to fulfil his dream was, when he, with the help of his brother, started “Kaushalya NGO” and soon they established Knids Green Private Limited (KGPL) together to provide farmers the income they deserve. The NGO approached farmers to enrol in their campaigns. Initially, it was difficult for them to attract people but soon 3 farmers joined them. Their sole aim was to create better income sources for farmers through lawful means and provide the consumers with good quality fruits and vegetables. So, they loaned a good amount to buy AC handcarts and partnered with vendors to sell the produce of those three farmers at cheaper rates. They have also started an adult education program to increase the enrollment of women in the program. Another initiative was taken by the brothers where they would teach women to drive tractors. According to Kaushlendra, driving tractors will encourage the females to learn and get educated as they will start to believe in themselves. They also started Mandis in Bihar where farmers can directly sell their produce and earn more by cutting the requirement of a middle agent to trade on their behalf. Source: Kaushalya Foundation/ Facebook. Kaushlendra has become the change he wanted to bring in the society because of his consistent urge to grow to his people. What began as a small initiative with just 3 farmers has turned into a movement that  today has changed the lives of more than 35000 farmers of Bihar.

Share
Facebook
Linkedin
Previous articleA Brief History of Britannia – The Indian Biscuit Giant
Next articleCan cigarettes save the environment? This company is making it possible!

However, the efforts are continuing unabated. Naresh Pal, a native of Uttar Pradesh, conducts a school beneath a bridge in Delhi that...
Read more
Influencers

You would be thinking; that we will have the perfect set of words and phrases to introduce this revolutionary organisation that we...
Read more