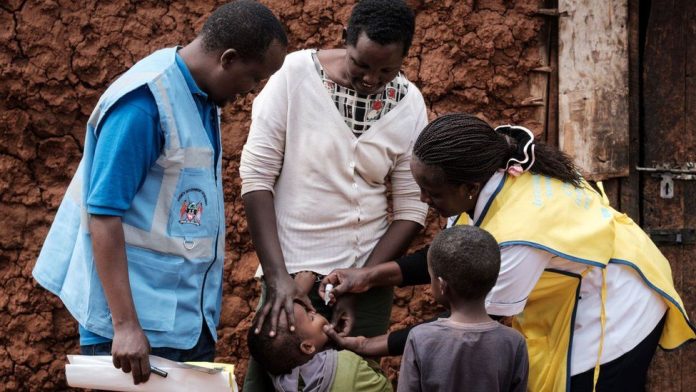 On August 24, 2020, the World Health Organization (WHO) declared that Africa has finally defeated the virus causing polio eradicating the disease from the continent. The African continent owes it to Nelson Mandela, the efforts of governments, Rotarians, health workers, and committed parents who worked tirelessly for over two decades to reach this milestone. In 1996, when poliovirus paralyzed more than 75,000 children across Africa, the Nobel Peace laureate Nelson Mandela launched ‘Kick Polio Out of Africa‘, in the 47 countries of WHO’s African region. From then till now, Africa’s efforts finally paid off when the Global Polio Eradication Initiative (GPEI) finally certified Nigeria as the last country to eliminate wild polio four years after its latest recorded case. In 2020, WHO declared Africa as polio-free.

Polio has long dogged five of the six WHO regions, which represent 90% of the world’s population.  With Africa now declared polio free the virus only remains in parts of Pakistan and Afghanistan.

Polio or poliomyelitis, is a disabling disease commonly transmitted through contaminated water or food, or contact with an infected person. Mostly occurring under conditions of poor hygiene, polio the infectious disease commonly affects children under the age of 5 years. The symptoms vary from mild flu to life-threatening paralysis. The disease causes permanent paralysis of the arms, legs, or breathing muscles and sometimes it can be fatal. The two kinds of polio vaccines used to control the onset of polio in children are – oral polio vaccine (OPV), which uses weakened poliovirus, and inactivated polio vaccine (IPV), which is injected.

WHO and polio in Africa

Despite all the hurdles faced by geography, lack of health infrastructure, scepticism from marginalized communities, and civil war and militant groups who even killed health workers in remote parts of the country, the polio vaccine programme prevailed in the continent of Africa.

Dr. Tedros Adhanom Ghebreyesus, director-general of the WHO while speaking of the achievement of the eradication of wild polio in Africa on August 24, 2020, described it as a “public health triumph”. He further added, “The infrastructure built up and the lessons learned through the polio eradication effort are vital tools that countries must apply to the many other health challenges they face.”

WHO and polio worldwide

In 1988, the World Health Organization (WHO), the United Nations Children’s Fund (UNICEF) and the Rotary Foundation along with the U.S. Centres for Disease Control and Prevention (CDC) and The Gates Foundation, introduced the Global Polio Eradication Initiative (GPEI).

On March 27, 2014, India was declared polio-free. At the same time WHO officially announced that the entire South-East Asia Region too had conquered and defeated the poliovirus.

Over 2.5 billion children in 122 countries have received a vaccine for polio. While GPEI continues to make progress toward a polio-free world, many public figures and celebrities like paralympic champions and polio survivors Dennis Ogbe and Ade Adepitan; Grammy Award-winning singer-songwriter and UNICEF Goodwill Ambassador Angelique Kidjo; and Supermodel and humanitarian, Isabeli Fontana have also come together to largely help in campaigning for a polio-free world.

Today polio cases have reduced by 99.9% in comparison to the cases in 1988. Now just two countries remain endemic – Pakistan and Afghanistan. Until even the last trace of poliovirus is wiped away from these countries, WHO will continue its efforts to make sure no child is ever at risk again from this deadly disease.

Share
Facebook
Linkedin
Previous articleThe Story of Super Star Sonu Sood – From travelling in a train to chartering a plane
Next articlePuran Bhaat, India’s best puppeteer will continue his fight to save Kathputli Colony