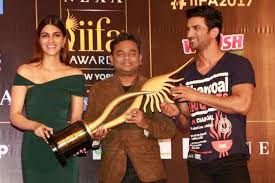 From the US to Russia and now China, Indian filmmakers are scrambling to find new ways to capitalize on the world’s biggest box office. Today, India’s film industry Bollywood that is estimated around INR 180 billion is out to woo millions in China. Since the 2011 release of the pirated versions of 3 Idiots, the Chinese have particularly started to take a large interest in Bollywood and have become besotted by none other than India’s Aamir Khan and Shah Rukh Khan. Amir Khan fondly called “Mi Shu” or “Uncle Mi” and Shah Rukh Khan fondly called “Sha Sha!” have gathered a large fan following in China. Today even amidst the border tensions between the two countries, China is becoming one of Indian Bollywood’s most lucrative markets outside of India. Chinese video streaming sites such as Youku, iQiyi, and Tencent Video continue to stream Bollywood movies for its public. China has fallen head over heels for Bollywood and its stars but how long this love affair lasts is anyone’s guess.

The fan following in China

Allen Liu, CEO of E Stars Films who has distributed hit Indian films, says, “India and China are countries with a long Oriental history and culture. The mode of thinking in the East, emotional expressions and story-telling are alike. These two countries are developing so fast. So there are deep connections between Chinese audiences and Indian movies.”

This proves wars are fought between governments and not common citizens. The love for music, dance, and everything Bollywood stands testimony to the Chinese enjoying every bite of Bollywood business.

Billions for Bollywood in China

Since the days of Raj Kapoor and his super hit film Awara which was screened on state-run television in China in the 70s, the Chinese people have known about India’s film industry Bollywood. But it was more recently that their love for Bollywood became more evident with movies running to full-theatres and grossing millions of dollars for the producer. Some of those include Toilet: Ek Prem Katha (USD 14.2 million), Hindi Medium (USD 32.7 million), and Bajrangi Bhaijaan (which grossed USD 45.5 million despite being released in China almost three years after its Indian debut).

Even more interesting is the fact that Amir Khan’s Dangal (2017) based on the real life story of Indian wrestler Mahavir Singh Phogat who trained his daughters to become world-class wrestlers became such a smash hit in China that it grossed USD 193 million at the Chinese box office, that was 16 times more than the USD 12 million it made in India.

To top it all, today at Chinese weddings, one can find a mix of Hindi Bollywood songs being played.

Yet a long way to go, to date only Dangal has made it to No. 36 in China’s top 50 highest-grossing films. The rest places are taken up by films from China, Hong Kong, and the United States.

Indian filmmakers are also trying to coproduce with Chinese production houses to be able to bypass the country’s quota of 34 foreign films screened each year and get a higher percentage of the revenue. One such coproduction was the Indo China film “Kung Fu Yoga,” starring Jackie Chan and Sonu Sood. Though the film did well at the Chinese box office it flopped in India.

The three films made under a joint production agreement signed in 2014 – Kung Fu Yoga, Buddies In India, and Xuanzang were only a stepping stone for the two industries to work together, exchanging talent across screens.

A conclusive lesson to learn from this is to make Bollywood movies for the average Chinese moviegoer who is between the ages of 25 to 34 years. Remember Bollywood that is your real target audience.

The escalating China-India border clashes if they can be mended with growing cultural exchange and love for Bollywood, why not? Only time will tell whether it will be Indo-China Bollywood bhai-bhai or bye-bye…