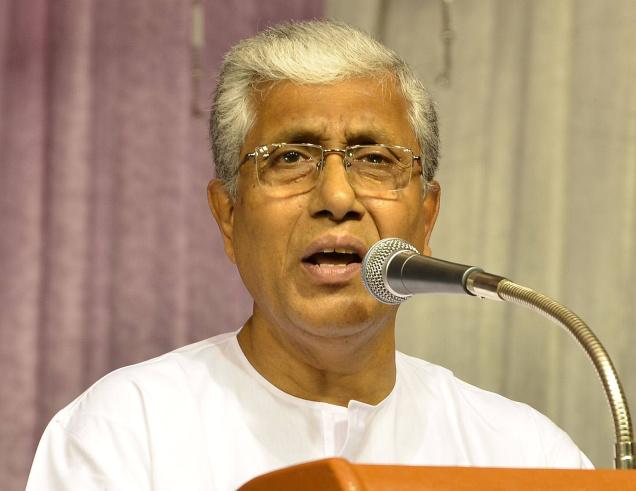 Manik Sarkar is an Indian politician who served as the Chief Minister of Tripura from March 1998 to March 2018. He is among the very few politicians who are known to have honestly served the nation. In 20 years of being a Chief Minister, he never purchased any palatial residence but chose to continue to live in an old 900 sq. ft house that belonged to his great-grandfather. He neither owns a car, carries a cell phone, nor has any social media presence. This 72-year-old Member of the Communist Party of India-Marxist used to donate his salary to the party and would get INR 10,000 as a subsistence allowance. Sarkar is commonly called ‘the poorest Chief Minister’ of India.

Growing up in a middle-class family

Manik Sarkar was born on January 22, 1949, in Radhakishorepur, Tripura. His father, Amulya Sarkar, was a tailor and his mother, Anjali Sarkar, was a State and later Provincial government employee. From his students days at Maharaja Bir Bikram College, Agartala, Manik got interested in politics.

In the very first year of college, he campaigned against the Congress government food policy of Tripura. This initiative earned him the position of the General Secretary of the MBB College Student Union. Later, he became the Vice President of the Students Federation of India. In 1972, he joined the State Committee of the Communist (Marxist) Party.

It marked the beginning of a long political career.

Getting active in politics

At the age of 49, he became a member of the Politburo of the CPI (M). It is the principal policy-making and executive committee of the Communist party.

He was again elected from Dhanpur constituency and continued as the Chief Minister of the state of Tripura.

He was re-elected from the Dhanpur constituency and became Chief Minister of the state of Tripura for the third time.

It was his fourth consecutive win. He was the longest-serving chief minister of Tripura. He served this post for 7303 days.

After defeating Pratima Bhoumik of BJP, Manik Sarkar again won from Dhanapur, but his party did not get a majority so he stepped down as CM.

A man of frugal means, in a meeting, Sarkar once said, “My costs are a little pot of snuff and a cigarette a day.”  After being the CM, he is now the Leader of the opposition in the Tripura Assembly. Though away from the CMs chair, he continues to support the people of Tripura. In February 2020, he alleged that tribal people in Tripura were not getting jobs since the BJP workers got them under MGNREGA and other government schemes. Manik Sarkar, said while addressing a gathering to protest against CAA, NRC, and NPR, said, “There is no food, no work in the villages. Hunger and starvation have gripped rural tribal hamlets. People are forced to sell their infants due to poverty … “,

Manik Sarkar lives with his wife Panchali Bhattacharya, a retired Central government employee. He loves his Pranayam and listening to classical music.

Vinay Sharma started his dance studio in Delhi in 2009 but soon moved to Mumbai in 2011 to join T-Series as an...
Read more
Inspiring Stories

The taps that individuals use for washing are one of the primary sources of water waste in a country as water-stressed as...
Read more
Inspiring Stories

#ExclusiveInterview Creating Change One Day At a Time : Anju Verma

How would a caged parrot feel if asked to fly high and see the world? Anju felt that way when her mother...
Read more