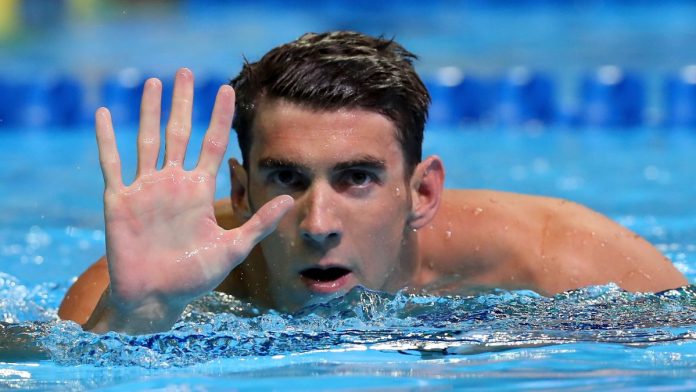 “You can’t put a limit on anything. The more you dream, the farther you get.” Michael Phelps

Among the Olympic legends Nadia Comaneci, Usain Bolt, and Carl Lewis, another name that most strikingly stands out is – Michael Phelps. With 28 medals of which 23 are gold, 3 silver, and 2 bronze, he is arguably the most decorated Olympian ever by the sheer number of medals won. Michael Phelps a competitive swimmer participated in 4 Olympic Games between 2004 (Athens) and 2016 (Rio) breaking Mark Spitz’s record for most victories at a single Olympic during the Beijing Olympics in 2008 where he won a staggering 8 golds. In 2017, the Olympic retired from swimming and joined the board of Medibio, a company focused on the diagnosis of mental health disorders. Today the swimming star is worth USD 80 million with endorsement deals like Omega, Speedo, Subway, Wheaties, Visa, and Under Armour under his belt.

Michael Fred Phelps II born on June 30, 1985, is of English, German, Irish, Scottish, and Welsh descent. His mother, Deborah Sue works in a school as a middle school principal and his father, Michael Fred Phelps, is a retired Maryland State Trooper. After his parents divorced in 1994, Phelps was raised by his mother Deborah, alongside his sisters Hilary and Whitney. According to Phelps, the divorce did have a lasting effect on him emotionally. After many years Phelps came out in the open to talk about it, saying, “Over the past couple of years, I have become a lot more open about my struggle with depression and have shared my mantra that – it’s ok to not be ok. I am so grateful that I’ve been able to positively impact the lives of those struggling with their own mental health by simply sharing mine.”

Phelps began swimming at the age of 7. At the age of 10, he became a national record holder in the 100-meter butterfly. After that victory, he got enrolled in the North Baltimore Aquatic Club to train under Coach Bob Bowman to become a pro. More age group records followed. A prodigy at his sport, he went to Sydney 2000 aged just 15 – the youngest man in the USA team for an Olympic Games (in 68 years). He did not win the 1st, 2nd or 3rd positions but finished 5th in the 200m butterfly. From then on, there was no looking back. Phelps dominated the next four Olympic Games, becoming the world’s best swimmer.

He is no longer a competitive swimmer now. He is married to Nicole, and a father to three sons, Boomer, Becker, and Maverick.

Phelps has set-up a charitable foundation. After his own struggle with depression, he established the foundation with greater emphasis on the mental health of children.

– Established in 2008 by Michael Phelps after returning from the Beijing Olympics. Phelps toured 8 cities in the US to share the dream about his foundation.

– In 2009, the foundation joined hands with KidsHealth.org to develop a signature program, IM, named after Michael’s signature event the Individual Medley. IM more than a swimming class teaches water-safety and helps to balance physical and mental wellness among young minds. It is a goal-setting program.

– Along with Olympians Ross Powers, Lenny Krazelburg, Seth Wescott and Daron Rahlves, the foundation launched the Level Field Fund in 2010, a grant-giving program that provides funding for uniquely talented athletes in need of financial support.

– The foundation raised over USD 60,000 with its Caps for a Cause fundraiser.

– The foundation continues to work to promote healthy, active lives, especially for children, mainly by expanding their opportunities in the sport of swimming.

Caeleb Dressel the champion swimmer after winning two gold medals in relays at the 2016 Rio Olympics, is training for the 50-meter and 100-meter freestyle races, along with the 100-meter butterfly for the Tokyo Olympics rescheduled from July 23 to August 8, 2020. At world championships in July 2020, he won a record eight medals, six gold, and broke Michael Phelps’ decade-old world record in the 100-meter butterfly.

Michael Phelps, until the next one swims to success with more than 28 medals, you will remain the undisputed Olympic KING!

Virat Kohli the vice-captain of the ODI team, 2012, and Captain of the Indian national cricket team 2014...
Read more