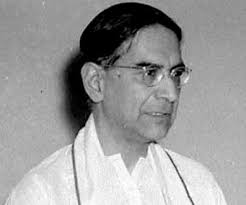 When a person keeps company of none other than Srinivasa Ramanujan and Subhas Chandra Bose, he has to be an intellectual. That was P.C Mahalanobis, a member of India’s first Planning Commission. PC Mahalanobis statistician and scientist is best remembered for the Mahalanobis distance, a statistical measure, as a member of the first Planning Commission of free India, and as the person who set up the Indian Statistical Institute in Kolkata in 1932. Prasanta Chandra Mahalanobis OBE, FNA, FASc, FRS is also known as the Father of Indian Statistics.

Prasanta Chandra Mahalanobis was born on 29 June 1893 in Bikrampur, surrounded by Bengali intellectuals. ‘Mahalanobis’, meaning the family that was the scribe of a Mahal (an administrative unit like a district) was well-educated and illustrious. While his grandfather Gurucharan established three well-known educational institutions in Calcutta – the Brahmo Boys’ School, the Brahmo Girls’ School and the City School, his father Prabodh Chandra started Carr and Mahalanobis, dealerships for sporting goods and gramophones respectively. This entrepreneurial streak would one day be passed down to Prasanta Chandra Mahalanobis.

PC Mahalanobis the entrepreneur later in life was instrumental in setting up branches of Indian Statistical Institute (ISI) all over India, Sankhyā, the Indian Journal of Statistics, the National Sample Survey (NSS), and the Central Statistical Organization (CSO).

In the family school

Where generations are educated, you follow in their footsteps. Prasanta was sent to study in the Brahmo Boys School in Calcutta (now Kolkata). After his schooling he went to Presidency College to study Physics and Maths. In college, the budding mathematician Prasanta was taught by Jagadish Chandra Bose and Prafulla Chandra Ray. In college he mingled with more like-minded like Meghnad Saha (astrophysicist) and the legendary patriot and freedom fighter Subhas Chandra Bose. In 1912, he graduated from Presidency College in B.Sc. with Physics Honours.

From Calcutta to Cambridge

Prasanta joined Kings College, Cambridge University in 1913. Here he met renowned mathematician Srinivasa Ramanujan at the university who further fuelled his interest in Maths and Stats. He cleared the four years course in just two years in 1915 which was an extraordinary feat and earned him a scholarship to work under two eminent Cambridge scientists, C.T.R. Wilson and Sir J.J. Thomson who were at the Cavendish Laboratory. In 1915, when Prasanta visited Calcutta for a holiday, World War I, intensified and he was unable to return to Cambridge.

Unable to return to Cambridge, Prasanta took up a job as a temporary Assistant Professor at the physics department of Presidency College, Calcutta. In 1922, he was made permanent and remained there till 1948. It was here in the 1920s that a group of people in physics department with interest in statistics was formed. This group consisting of Pramatha Nath Banerji (Minto Professor of Economics), Nikhil Ranjan Sen (Khaira Professor of Applied Mathematics) and Sir R.N. Mukherji along with PC Mahalanobis established the Indian Statistical Institute in 1932. In 1945 PC Manolanobis became the Principal of Presidency College and after retirement served as Professor Emeritus.

While also still teaching at the Presidency College, he was persuaded by noted statistician Sir Gilbert Walker to join the Alipore Observatory in Calcutta. From 1922-1926, he served as Director of Meteorology.

Foundation of ISI and its contribution

The Institute that was initially in the Physics Department of the Presidency College garnered much encouragement from Subhendu Sekhar Bose and Harish Chandra Sinha to start a statistical society. Thus, the group of four statisticians came together to lay the foundation for The Indian Statistical Institute (ISI) in Baranagar where it was and formally registered on 28 April 1932 as a non-profit society under the Societies Registration Act XXI of 1860.

In 1922, in his first scientific paper, PC Mahalanobis found a way of comparing and grouping populations using a multivariate distance measure. In 1936, the Mahalanobis distance became known and was accepted as a measure of distance between a point P and a distribution D. He also developed the ‘profiloscope’ which is used to date to accurately measure the skull.

In 1933, the Institute founded the journal Sankhya, along the lines of Karl Pearson’s ‘Biometrika’. Mahanoblis was introduced to Biometrika while studying in Cambridge.

The institute started a training section in 1938. Haldane who was the Research Professor from 1957 to 1961 helped ISI develop biometrics.

The first Prime Minister of India, Jawaharlal Nehru, passed the ISI Act in 1959, recognising the institute as an institute of national importance and a Deemed University. PC Mahalanobis initiated statistics for public use in India.

Among his many achievements at ISI, PC Mahalanobis was also known as the brain that introduced industrialization in the Second Five year Plan (1956-61) of India’s development. He had become the key economist to help build a domestic consumption goods sector.

Manmohan Singh, in Mahalanobis’s honour for his contribution to statistics and work at ISI, declared 29 June as the National Statistics Day.

Prasanta Chandra got married to Nirmal Kumari (Rani) on 27 February 1923, the daughter of Heramba Maitra, Principal of City College, Calcutta. Since the father of the bride opposed the union, Dr. Nilratan Sircar, who was Prasanta’s maternal uncle, stepped in as father in the wedding ceremonies.

The next day, when Prasanta and Rani went to Tagore to pay their respect, the poet presented the bound original manuscript of all songs of Basanta as a wedding gift, telling them that as the premiere of the opera had taken place on their wedding day, they alone had a right to the manuscript. On the first page, Tagore wrote a dedication in Bengali:

In this spring of your union the poet evokes the songs of Spring;

Let your love dress in joy and wear the garland of melody.

On 28th June 1972, just a day before his seventy-ninth birthday, PC Mahalanobis left for his heavenly home.

In September 2018, the Supreme Court passed a landmark judgment, which decriminalized homosexuality under Section 377 of the Indian Penal Code. It...
Read more
Good Reads

The wind energy industry is growing exponentially. The power generated by the movement of air from an area of high pressure to...
Read more
Good Reads