Safetipin – an initiative by KalpanaVishwanath for the safest route to home 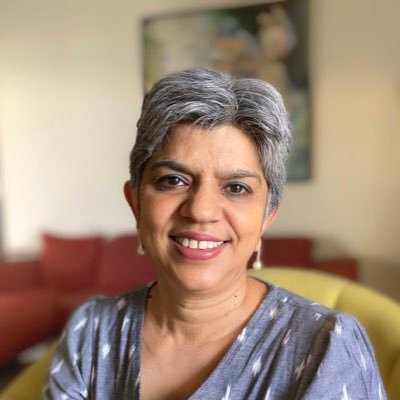 Safetipin, a crowdsourcing app for women’s safety has been founded by KalpanaVishwanath, a researcher, urban safety, and gender rights activist based out in Delhi. Kalpana, the CEO, and co-founder of Safetipin started this mobile app as well as an online platform along with Ashish Basu, the COO of Safetipin, after receiving funding support from The Asia Foundation’s Lotus Circle in the year 2013 when the Nirbhaya gang rape on a New Delhi bus sparked national outrage in India.  Safetipin is a cost-effective and user-friendly application where a user can log in and submit key information regarding streets and their safety status.

This free app can be downloaded from the App Store or Google Play and performs a safety audit to collect information about public spaces. This simple audit can be done by anyone, anywhere in the world and each audit works as a pin on the map. These pins can be used to diagnose the safety standard of any location in the city. The safety audit of Safetipin comprises nine parameters including lighting, visibility, openness, or “eyes on the street,” the state of a walking path, presence of security, as well as people and specifically women, on the streets.

The name, Safetipin is derived from the idea of providing women more safety through a pin on a map. Furthermore, in India, women have traditionally used the safety pin as a defense mechanism against street and stalking harassments like groping, teasing, and catcalling. A jab in the flesh with a safety pin is often considered an effective deterrent to the roving hand.

Moreover, the safety pin is a symbol of something that holds fabric together and stops it from coming apart. Hence, this safety app plays the role of bringing together the fabric of our society.

Safetipin believes that cities must be made safe and inclusive for all citizens. This tool is dedicated to making the cities safe by collecting data through crowdsourcing and other methods. Apart from that, this mobile app also collects nighttime photographs of roads to assess the parameters of safety audits. To date, Safetipin has collected data from 28 cities across 10 countries. The nighttime pictures enable the app to collect large-scale data for urban planners, transportation authorities, and city administrative bodies. Proper usage of these data by the Public Works Department and the New Delhi Municipal Commission facilitates improving lighting conditions in dark areas to increase safety and accessibility for people.

Furthermore, Safetipin gathers Safety Scores for bus stops across the city and notifies the transportation authorities about the need for improvement for specific bus stops that immediately require lighting and better infrastructure to offer safer travel in the city.

Identifying over 7000 dark spots only in the Delhi area led to a large percentage of them getting repaired by the local authorities. The safety audit in the city bus stop and its metro stations helped to identify obstructions, such as poor last-mile options, deserted areas, and poor lighting, which can be proved unsafe for women. The data gathered from this app also helped in prioritizing efforts and resources comparing the urgency for improvement between localities.

In Delhi, these data help police administration to determine which areas of the city need more patrolling to ensure utmost safety for the women.

Safepin held hands with UN-Habitat to collect data and address women’s safety in all the cities worldwide to support the respective city governments. Following the same regulation, they used their collected data to improve city safety and enhance gender inclusion in public spaces for the cities like Bogota and Nairobi. Safetipin measures and advocates for some of the other safety parameters like access to public transport, walkability, and IPT. This easy-to-operate citizen engagement platform address last-mile connectivity and safety at bus stops, stations, and bicycle tracks in cities like Delhi, Hanoi, Bogota, and Durban.

This technology platform has assisted the Safe Taxi campaign initiated by women’s groups through detailed safety audits at waiting spaces in Durban. In a nutshell, this safety route platform has been proved successful, as safety audits can be conducted post-intervention to calculate a change in the Safety Score and women’s feeling of safety.

This user-friendly safety platform is available in five languages – English, Hindi, Mandarin, Spanish, and Bahasa. With a clear goal of increasing the arena as cities join the network, Safetipin aspires for safer cities for women worldwide through their immaculately collected data. As cities try to meet the Sustainable Development Goal (SDG) that aims to make cities safe, resilient inclusive, and sustainable, having reliable data on the ground is an essential step.

With its user base being close to 1 lakh, Safetipin has done nearly 4 lakh audits, across 65 cities in 16 countries since its inception. Apart from the Indian cities, Safetipin has made betterments in Nairobi, Manila, Hanoi, Bogota, Dhaka, and many other urban spaces so far.