Satya Nadella, The CEO Who Is Transforming Microsoft 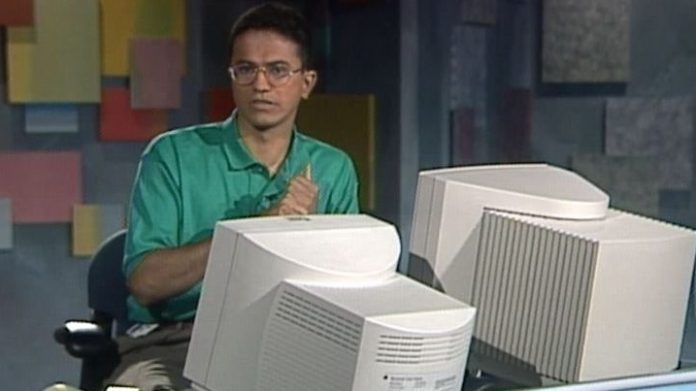 On February 4, 2014, Satya Nadella the Indian-American took over as the CEO of Microsoft after working for the company for 28 years. Before becoming CEO, he was the executive vice president of Microsoft’s cloud and enterprise segment, responsible for building and administering the company’s computing platforms. Nadella was the third person to become Microsoft’s CEO after Bill Gates and Steve Ballmer. He was the one person responsible to change the company’s mission statement to “empower every person and every organization on the planet to achieve more“.  With an estimated, net worth of USD 387 million (March 2020), he has become one of the most rich, powerful and much-talked about techies of Silicon Valley. Satya Nadella also owns approximately 280,174 shares of Microsoft stock, which are valued at over USD 185 million.

Satya Narayana Nadella was born on 19 August 1967 in Hyderabad, Telangana, India. His younger sister passed away only when she was 5 months old. His father Bukkapuram Nadella Yugandher was an Indian Administrative Service (IAS) officer who held distinguished positions like secretary of PV Narasimha Rao, the 9th Prime Minister of India, member of the Planning Commission under Manmohan Singh, the 13th Prime Minister of India Among several others. His mother Prabhavati Yugandhar was a teacher of the Sanskrit language. Satya Nadella’s father being a civil servant with a transferable job, Satya grew up between Srikakulam, Tirupati, Mussoorie, Delhi, and Hyderabad. However, since the family was for a longer time in Hyderabad, Satya was schooled at the Hyderabad Public School, Begumpet. As a school kid, Satya was interested less in studies and more in cricket.

With a keen interest in science and technology, Satya decided to pursue a Bachelor’s degree in electrical engineering from Manipal Institute of Technology (MIT) where he passed out in 1984. After completing his degree, Satya Nadella moved to the US to do his master of science in computer studies at the University of Wisconsin-Milwaukee, which he completed in 1990.

Satya began his career with ‘Sun Microsystems’ as a member of their technology staff.

Satya Nadella joined Microsoft in 1992 when Bill Gates was the CEO. He began his first project in Microsoft developing an unsuccessful interactive-TV product and an operating system called Windows NT.

At Microsoft, it was a steady rise.

While still working at Microsoft, Satya earned his Master’s in Business Administration degree from the University of Chicago.

With Satya Nadella at the helm, Microsoft has had some successful acquisitions. These include: –

The Transformation at Microsoft

Satya Nadella has transformed more that the stockpile the culture of Microsoft. While he steered Microsoft’s stock to rise more than 40% in 2019, he also made it all about the customer. The annual growth rate also stood at a healthy 27%. According to the majority of employees at Microsoft, Nadella ranks among the best CEO’s of a large American corporation. His leadership in tech combined with business acumen, helped him sail through various positions witnessing the exponential growth of Microsoft.

In the six years of being CEO Microsoft, Satya Nadella changed Microsoft’s agreements with Apple, Salesforce and Box putting an end to lawsuits. He also became the more friendly public face of Microsoft with a fresh way of doing business. Under his leadership, the company,

Satya Nadella with his new mission, has helped Microsoft become a PART of the larger ecosystem.

The other side of Satya Nadella
Satya Nadella is voracious reader devouring books and enjoys reading American and Indian poetry. He lives with his wife Anupama who was his junior at Manipal University studying B.Arch at the Faculty of Architecture. They have a son Zain, who is severely disabled and two daughters Tara and Divya. They live in Clyde Hill and Bellevue, Washington. Anupama and Satya Nadella jointly own the group Seattle Sounders FC, a Major League Soccer club.

In 2017 Satya Nadella released his first book, “Hit Refresh.” The book is based on his life and career. According to Satya, the author, “At the core, ‘Hit Refresh,’ is about us humans and the unique quality we call empathy, which will become ever more valuable in a world where the torrent of technology will disrupt the status quo like never before.”