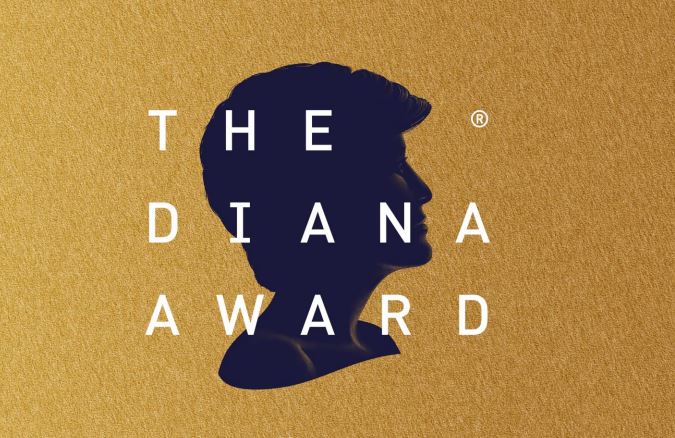 Established by the British government in 1999 to continue Princess Diana’s legacy, the Diana award recognizes young people worldwide who were going above and beyond the expected in their local communities in a formal way.

This award is considered one of the highest accolades a young person aged 9-25 years can receive for social action or humanitarian efforts. SiaGodika, 14, LakshyaSubodh, 17, Akarsh Shroff, 20, Navya Agarwal, 16, Meghana Narayanan, 16, Aaryani Sahay, 16, and Viha Amit Thumar, 17 from Bangalore received The Diana Award this year at a virtual ceremony for their humanitarian work to uplift the living standard of common people.

Koramangala resident Sia, a student of Neev Academy, received the award for the work carried out by her and her group “Sole Warriors”. Started in November 2019, Sole Warriors works under the tagline – ‘Donate a sole, save a soul’. Sia started the initiative after she was utterly disturbed by the damaged feet of construction workers near her home. So far, her group has collected over 15,000 pairs of footwear from 4,000 households, refurbished them, and distributed them to the unprivileged.

In one of her interviews, Sia said, “I did some analysis and located that thousands of people contract illnesses by strolling barefoot, whereas 350 million footwear is discarded by privileged households, and a few are simply stashed in cabinets unused”.

Another teen who has received this prestigious award along with Sia is Bellandur resident LakshyaSubodh. This 17-year-old Delhi Public School student started his social work the time when he was in his eighth grade. Lakshya and his ‘Igniting Dreams’ initiative help rural students with micro internships, industry-based opportunities like mentorship, and future employability options.

During the pandemic, Lakshya began raising funds to work on a Covid curriculum with the right information and attractive animated videos that have reached more than 250 families and 5,000 women and youths in villages of Solepura on the Karnataka-Tamil Nadu border, Lakkawaram in Andhra Pradesh, and Pauri-Garwal in Uttarakhand over the last year.

Akarsh Shroff, a 20-year-old BITS Pilani student, has received the Diana Award for his efforts to bring together young social leaders and inculcate in them the social responsibility to channelize their energy to provide education to those people who have the least access to it.

Akash, the co-founder of the NGO, S.P.A.R.K, raised a whopping Rs. 20 lakhs through an online fundraiser. With this amount, the NGO provided meals to 7,400 families with children, ration kits to another 575 of them, and four kilos of rice along with distributing masks, sanitizers in orphanages and slums during the pandemic.

Navya Agarwal was 10 when she moved from Seattle, USA to Bangalore. Young Navya was utterly shocked by the suffering she had seen around her. As she loved her, she started her social work by running drawing workshops for sex traffic survivors.

Inspired by their enthusiasm and creativity, Navya decided to start a project through which she could create marvelous murals to uplift and inspire marginalized groups, including sex workers and young people at juvenile detention centers. In a period of three years, this project grew from one member to more than 250 members. Navya has been successful in creating 16 murals by now, which have been enjoyed by more than 74,000 people.

Meghana Narayanan, a grade 12 student from Bangalore started the social initiative ‘Project Abhaya’ to help communities at risk of the severe financial burden caused by insufficient insurance coverage in India.

Her project Abhaya helped the downtrodden access life and accident insurance, health insurance, and open bank accounts. Started in May 2020, her initiative helped to scale up the work across two states in India, working closely with three nonprofit organizations. To date, Meghna has supported over 500 people, 90% of whom were women, to become financially secure. She is going to present this project at the United Nations in New York later this year.

A young pioneer of social entrepreneurship, Aaryani Sahay co-founded ‘Let’s Talk’ at the age of 14 to challenge the stigma around mental health. Her project aims to spread mental health awareness among adolescents and create safe spaces for children to open up through awareness sessions. Her project has conducted 110 awareness sessions, started 10 national chapters, and helped over 3,600 young people to date.

Aaryani has gained prominence by speaking about mental health awareness at platforms like United Nations, Women’s Economic Forum, and TEDx. She also co-authored ‘The Book of Wellness’, the proceeds of which have contributed to the COVID-19 pandemic response in India.

Viha Amit Thumar of International school, Bangalore is a social entrepreneur who has created jobs for the unemployed during the pandemic, helping underprivileged women to become self-reliant. Her initiative ‘Scrapwings’ uses textile waste to make useful items that minimize environmental impact and create value out of waste. These products like, mats, purses, table runners, scrunchies, handbags, and cushion covers are made out of textile waste. Viha provides the raw materials and helps to build skills to generate the revenue they need to sustain their families during a time when a large majority of the informal economy is struggling.