A Cricketer, A Captain, A Conqueror: Story of MS Dhoni 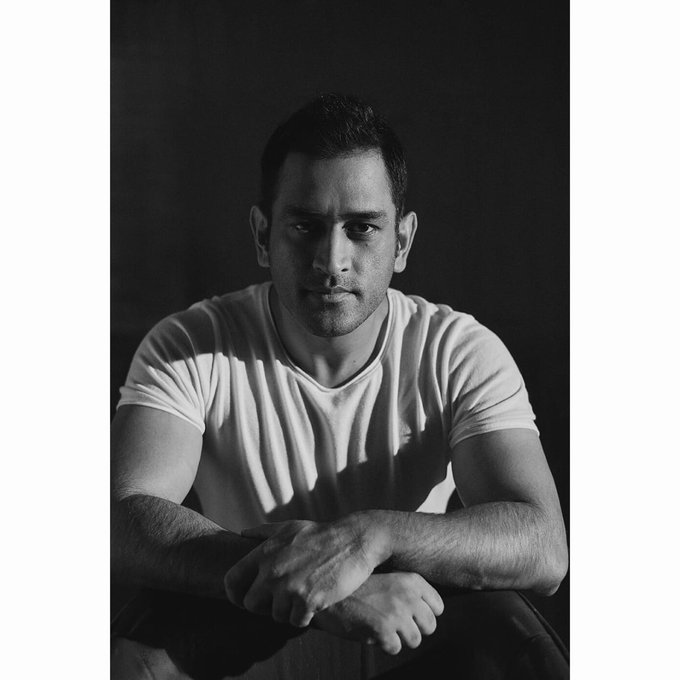 India’s favorite sport is cricket. Today for millions of cricket fans in India, Mahendra Singh Dhoni is their hero. He is the modern day cricket legend who has carved a niche in the history of Indian cricket. His smart strategies and wicket-keeping skills made MS Dhoni the most successful captain of the India cricket team after the likes of Kapil Dev and Sachin Tendulkar. As of March 2020, he has a total net worth of USD 200 million. M.S. Dhoni: The Untold Story, a 2016 Bollywood biographical sports film directed by Neeraj Pandey, became a commercial success winning praises from cricket fans and cricket critics alike. MS Dhoni and his jersey 7 have a truly inspirational story of strength and struggle to tell.

Not born into cricket

Born in Ranchi, Jharkhand, on July 7, 1981, Mahendra Singh Dhoni has two siblings, Narendra Singh and Jayanti. His father, Pan Singh, is a former employee of MECON and mother Devaki Devi, is a housewife. He married Sakshi Singh Rawat in 2010 and they now have a beautiful daughter named Ziva. MS Dhoni is often seen playing football and riding fast bikes, both of which he enjoys equally.

At his school, DAV Jawahar Vidya Mandir, Mahi was the goalkeeper of their football team. It was by chance that one day Mahi had to fill in for the wicket keeper of the cricket team. Seeing his natural prowess in the sport, his coach K. R Banerjee asked him to play cricket. It was the birth of a cricketer.

He went to St. Xaviers College in Ranchi but dropped out of college to play cricket. There was no turning back. Mahi took to cricket like a fish takes to water. He not only learned the sport well but started to deliver impressive performances as a wicket keeper and as a batsman. From Bihar U19 team, to the Commando cricket club team, to senior for Bihar in 1999-2003 he was gaining footing into the game.

Like many Indian middle-class parents, Dhoni’s parents were not in favor of Dhoni playing cricket. They insisted he takes up a job for financial security which led Dhoni to serve in the Indian Railways as Travelling Ticket Examiner (TTE) at Kharagpur railway station while also representing the South Eastern Railway Division in cricket until 2014. Odd but true, it was cricket that got him this job through the Indian Railways sports quota.

He represented the Railways team in the Ranji Trophy and the Deodhar Trophy. The selectors for the national cricket team spotted his talent and he got an opportunity in 2004 to play in India A squad for the tour to Zimbabwe where he scored 50 runs. The captain of the national team, Sourav Ganguly saw something special in him. Mahi was playing ODI series but got noticed only at the India Pakistan match, in Visakhapatnam, in 2004. He scored 148 off just 123 balls that included 15 fours and 4 sixes. India had won by 58 runs with a total score of 356. This was MS Dhoni’s true entry into cricket and a permanent exit from any secure job.

The birth of a Captain

In no time MS Dhoni was seen rising with every match that he played. Whether winning against Sri Lanka where he scored 183 runs, his highest ODI score to date, or losing in the 2007 ODI World Cup at the hands of Bangladesh and Sri Lanka, MS Dhoni never gave up. In September 2007, Mahendra Singh Dhoni, became Captain of the prestigious Indian Cricket Team. He led the World Cup of T20 cricket team in South Africa winning the trophy. During his captaincy, the Men in Blue continued on a winning streak lifting many trophies including Commonwealth Bank tri-series in Australia, the World Cup win in 2011, the ICC Champions Trophy in England. Team India now stood at No.1 position in ICC Test Rankings, while Mahi himself earned the No.1 ODI batsman in ranking overtaking Ricky Ponting’s score.

He retired from India’s cricket team in 2016 handing over the reins to Virat Kohli who fondly said to MS Dhoni, ‘You may not be the captain of the Indian team anymore but you will always be our captain.’

He is also recognized for/as,

– Scored most number of sixes as a captain in international cricket.

– First and only Captain to lead in 50+ matches across all 3 formats.

– Being the first Indian wicket keeper to score 4000 Test runs.

– Only captain to score a century batting at No.7 in ODIs.

– Most centuries batting at No.7 in ODIs.

The Nation needs you Captain

Approved by Army headquarters in July 2011, Mahendra Singh Dhoni, became an honorary lieutenant colonel in the Territorial Army. The Territorial Army is a part of the Indian Army whose role is to relieve the regular Army from static duties and assist civil administration in dealing with natural calamities and maintenance of essential services. In 2015, he became a qualified paratrooper completing five parachute training jumps from the Indian Army aircrafts in the Agra training camp. In July 2019, he served for two weeks in the Army in the militancy-infested south Kashmir region.

The meteoric rise from a middle-class lad to a world-famous cricketer, Mahendra Singh Dhoni has come a long way. From being called ‘Captain Cool’ to ‘The Greatest Captain of All Time’, MS Dhoni has left his footprints on India’s Cricket.

Share
Facebook
Linkedin
Previous articleThere Is No Flying Without Wings – The Aviation story of Wright Brothers
Next articleJapan offers $2.2 Billion to Japanese companies to move out of China. While other Countries are taking precautions too!

"When I was eight years old, I went to visit my grandparents in Vijayawada, Andhra Pradesh. They live near the Krisha river,...
Read more
Influencers