Home Stories Inspiration The Story of Super Star Sonu Sood - From travelling in a...
StoriesInspiration 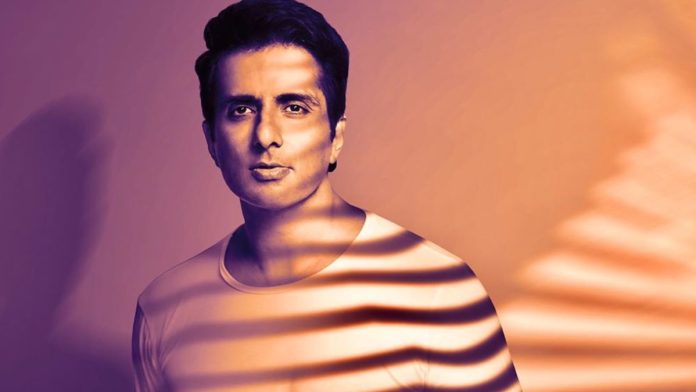 There is a name and a face that comes to mind when you speak of relentless efforts and social work in the COVID-19 pandemic. He is Sonu Sood the much lesser known Indian actor who turned into a superstar and real life hero during the lockdown. A true humanitarian, he helped thousands of stranded Indian migrant workers who had lost their jobs in the cities to return home to their villages by arranging buses and even special trains for them. Sonu Sood has acted in movies of seven different languages, namely Hindi, Telugu, Tamil, Kannada, Punjabi, English, and Chinese. This highest paid actor for portraying negative roles on screen has an estimated net worth of USD 17 million (INR 103.33 crores). Today, Sonu Sood the real life hero is the most deserving of an award larger than Bollywood can confer.

Sonu Sood ‘Brother of the Nation’

Sonu Sood’s whose indomitable spirit to serve migrants won millions of hearts is fondly called ‘Brother of the Nation’. A modern messiah, he even gathered appreciation for his efforts from Union Minister Smriti Irani and Punjab CM Amarinder Singh.

He became an overnight internet sensation winning not just the hearts of Indian migrants but of every other proud Indian. His Google searches spiked. His Twitter following crossed 3.9 million and Facebook 12 million. His social media timeline was inundated with requests from people not just stuck in various corners of the country urging him to send them home amid coronavirus lockdown but several other needy who reached out to them.

And as more such stories continue, any ideas for a Bollywood blockbuster on the true-life story of Sonu Sood?

Sonu Sood was born in Moga, Punjab on July 30, 1973. His mother Saroj was a teacher and his father Shakti Sagar Sood owned a textile business. He grew up with his younger sister Malvika Sood and elder sister Monika Sood who is now a renowned scientist. An engineer by profession he studied at the Sacred Heart School in Moga and later earned his degree in Electronics Engineering from Yeshwantrao Chavan College, Nagpur.

What began with participating in modelling contests during college years fascinated the young Sonu to come to Mumbai to join Bollywood as an actor. He did arrive in Mumbai and got accommodation in a one-room apartment with other boys. While he dreamt of becoming an actor, he took up a job in a private firm in South Mumbai earning INR 4,500 per month. But the feather in his cap then was getting a monthly train pass from the company.

The train pass was a blessing. While still at the job, like many strugglers without a godfather in the film industry a young Sonu Sood used his Mumbai local train pass to visit casting directors to handover his portfolio. His efforts paid off partly when director Bharathi offered him his first Tamil film Kallazhagar in 1999. Till then, Bollywood was unreachable.

Sonu Sood also appeared in Apollo Tyres and Airtel commercials. Besides being an actor, he is a film producer who set up his production house Shakti Sagar Productions in 2016.

He also owns a hotel named Shakti Sagar near Iskcon in Juhu Mumbai.

Sood married Sonali his college heart-throb in the year 1996. They have two sons Ishant and Ayaan.

Career in Bollywood, Tollywood, Sandalwood and beyond

Sonu Sood also acted in foreign films. He appeared in the Chinese film Xuanzang (2016) and later in Kung Fu Yoga (2017) with Jackie Chan.

The Actor, the Awards

Sonu Sood not just participated in the “Grasim Mr. India – 1996” contest but reached among the top five. An advocate of healthy living Sonu does not smoke or drink alcohol and is a pure vegetarian. He has appeared in many successful magazines like You & I, Health and Nutrition, Just Urbane, and Crunch Today. Sonu loves playing the guitar and practices kickboxing. An actor, producer, a family man, a humanitarian, Sonu Sood has stood out as the real ‘Complete Man’.