Using his bike, Man generates Electricity for his whole village 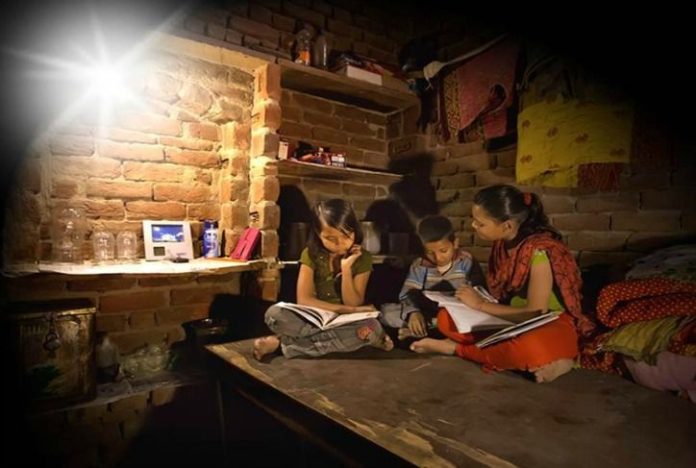 Pedal power! This man lights up the village with his bike.

A bullet is surely a motorcycle cult for India. Affection for bullets was once again witnessed in Kalladikode, a village in Kerala. An awe-inspiring man in kalladikode Palakkad, made an impeccable contribution towards outraging power cuts. Pullapatta Kizhakekara Puthenveettil Harinarayan is a government employee working as a driver in Kerala State Road Transport Corporation. He used an ingenious innovation to generate electricity using his bike. He is one of the essential illustrations of the new India.

Kerala is known for unbidden and undeclared power cuts during the long monsoon season. Harinarayan does not depend upon the state electricity commission, as he does not own a power connection. The man is self-sufficient enough to produce electricity using a water pump and a bike dynamo. He is a savior of the people in Kalladikode. He lends a helping hand to fill household water tanks for the entire village. He brightens up his neighborhood during massive power outages and lights up the entire village. An obliging man helps the village with his bullet, which can generate enough electricity to lighten up a household for an entire day. Adding on, 82km can be covered by his bike with just a mere one liter of diesel.

That is not all! His sustainable innovation has not just helped the village with electricity but also helped in assisting water supply. For Palakkad, it is a great initiative as it is dry and suffers frightfully during the summers. The innovative approach by Harinarayan helps in acquiring water from a 10 m deep dry well. The bullet engine along with the dynamo produces 24 volts of power. His initiative and idea have given relief to the villagers of Palakkad and they are grateful. This is merely a combination of extensive innovation and a sustainable approach. Harinarayan is regarded as an asset and taken as an example for every village household. Being clapped as the superhero of the village, Harinarayan possesses no school degree.

His innovation has no limits! He always has his piece of help ready for the villagers. Harinarayan aims to develop an innovative exercise machine shortly, to produce enough volts of power. An impeccable man without a degree has helped the villagers immensely during power cuts. His innovations have helped the entire village during massive power cuts and a rise in power tariffs. “Necessity does the work of courage” and Harinarayan has successfully uplifted and supported his entire village.

Climate change is arguably the most potent and urgent threat to the world we live in. While the larger problem of global...
Read more
Inspiration

One of the most noble callings in the world is to set aside one’s privilege and dedicate time to the service of...
Read more
Featured