WORLD MENTAL HEALTH DAY: How an introvert battled job loss, death of his father and acute panic attacks amidst the pandemic

How an introvert battled job loss, death of his father and acute panic attacks amidst the pandemic 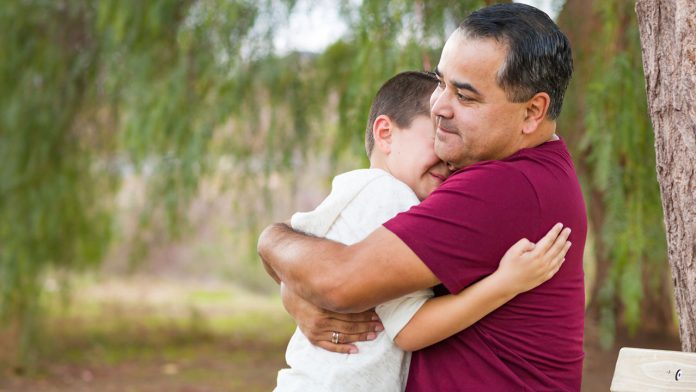 How did it all begin?

Like any other youngster of his age, Preet Maharana loves to hang out with his friends, play pool and ask questions because he loves quizzing so much. From the exterior, he seems like a very normal guy with a normal life. Only a handful people know the demons the young 27 year old has fought within and outside to be what he is today.

As a young kid, I had stage fright, I didn’t like going out to large gatherings,I would fumble when asked questions dn get anxious at trivial issues.”

As he grew up, the fright became worse and he began to develop acute anxiety and panic attacks. He had almost surrendered to his fate and learnt to live with the crippling anxiety.

People and teams can achieve surprising results, even when working from home. But the uncertainties of this virus have created spikes in anxiety, stress and mental health issues. The side effects of the virus, even for those who haven’t been infected, cannot be denied. Because we’re all dealing with added stress levels, whether we admit it or not and it has been particularly hard on people who have a history of anxiety.

Just about a month after the first lockdown was announced in March 2020, Preet lost his job rather unceremoniously. The loss was a jolt out of the blue.

“I was already having a tough time being indoors all the time, the job loss just put me in a spiral of negative thoughts. I couldn’t sleep all night thinking what would happen if I don’t get a job ever, what would happen if the effects of the pandemic don’t recede forever. I kept everything buried under my chest and didn’t reveal anything to my parents. I was not ready for their reaction. I was suicidal at one point”.

Preet fought hard but little did he know that this was the beginning of a very tumultuous 5 month period in his life. Things got worse. Preet began to have panic attacks at the slightest trigger of an argument or a thought. So much so that he felt like being in the vicinity of a hospital wherever he was. After a brief counselling session that he took on the suggestion of a friend, he began applying to companies. It had been 2 months since he had been laid off. He would get through the screening rounds and when it came to the final round, he would stutter and have an anxiety attack leaving his chances in the doldrums.

Preet recalls having wasted half a dozen opportunities owing to his mental predicament and anxiety attacks. He kept falling deep down in the rabbit hole. He saw no hope.

The Death of His Father

In Oct 2020, Preet lost his father to COVID-19. He had a history of respiratory illness and he succumbed to the virus. He vividly remembers that mobile call from his mother breaking the terrible news and the following few minutes where he actually went numb. All through his childhood, his father was the one who would actually get a sense of his mental health and keep motivating him to hang in there for things to get easier

“I remember my father always used to say that the universe loves a stubborn heart and that I would get over all this and emerge as a strong person. In October, during my toughest p[hase, I lost him but his words gave me hope”.

Preet had embraced the fact that he was at his lowest low and his father’s words gave him strength. After reaching his hometown for his father’s final rites, Preet decided to resurrect his breaking life. The tears in his mother;s eyes reminded that he just couldn’t quit. He knew it was going to be tough but he vowed to make a change in his life so that he would be mentally stronger to handle any challenge in life head-on instead of crumbling.

After 2 months, Preet was a changed person. Not only was he capable of handling his life problems smartly but also a rock-solid source of support for his family. He simply refused to give up and focussed on the process and trusted it for his goals to manifest.

Preet heads the content marketing division at a renowned media company and handles a team of 15. He helped his mother set up her cafe, her life long dream.

“ I still have anxiety but I simply embrace and accept them as if they are a part of me. Like the bad times, they pass and make way for good ones. That’s life”.

On World Mental Health Day, it would be apt to take a bow to many such Preets who must have battled extreme odds of losing a family member, a job or any such extreme situations boldly without giving up. The pandemic was tough on the rich, the poor, the calm, the anxious but with varying degrees. To those who fought it to be mentally more resilient, we salute you.

From a remote workplace perspective in the post COVID-19 phase, it’s crucial on the part of companies to check on their employees and cover them when they are exhausted because you never know how many Preets badly need it.

Note : Images are just for representation purposes only.

However, the efforts are continuing unabated. Naresh Pal, a native of Uttar Pradesh, conducts a school beneath a bridge in Delhi that...
Read more
Inspiration