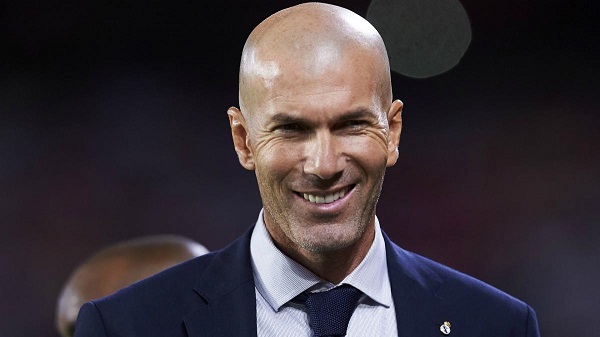 Zinedine Zidane is the French football legend who marked an era in world football playing for top-tier clubs Real Madrid and Juventus. Popularly known as Zizou, the former professional football player mostly played from the position of a midfielder. The genius footballer has played 227 games, scored 49 goals and has 93 caps French international. He is now the manager of La Liga club Real Madrid, and among very few football managers who managed a team that they played for. In 2017 he received The Best FIFA Men’s Coach award. Zidane is a true symbol for integration of migrants who changed football history of France.

Zinedine Yazid Zidane was born on June 23, 1972 in La Castellane, a northern suburb of Marseille, France. He was the youngest of the five siblings born to Algerian migrants, Smaïl and Malika, who emigrated to Paris from Aguemoune in northern Algeria in 1953. His father was employed as a warehouseman and nightwatchman at a department store, while his mother was a housewife. The youngest of five (Lila, Madjid, Farid, Noureddine), Zinedine Zidane grew up in the crime-driven community of Marseille to become the greatest French footballer. He took to football at the age of 5 years where he played with other migrant boys in the main square of a neighbouring housing complex the 80 by 12 yard plaza of the Place Tartane. Besides football he was also fond of cycling and skateboarding and received a green belt in judo.

Zidane in later years said the dimensions of the pitch, and the heavy competition amongst his peers were instrumental in developing his famed technique, “It’s hard to explain but I have a need to play intensely every day, to fight every match hard. And this desire never to stop fighting is something else I learnt in the place where I grew up”. At 14 Zidane signed with AS Cannes, after attending a training camp run by the French football federation.

He began his youth career in football with AS Foresta in 1981. He also played for two other clubs then namely the US Saint-Henri and SO Septemes-les-Vallons. In 1986, he proceeded to Cannes, with whom he made his debut as a youth player in the French first division at the age of 17. It was no easy climb. He was often victim to racial discrimination. Once while playing at Cannes Zizou punched an opponent who had mocked his origins for which he was punished and made to work as a cleaner in the club. But the young Zidane was not going to give up easy. He 1989, he made his professional debut in the Ligue 1 for Cannes. In February 1991 in a match against Nantes, Zidane scored his first-senior career goal for a 2-1 win for Cannes. As a prize Zidane received a car from the Cannes Chairman, Alain Pedretti.  In total he had scored 6 goals in 61 matches.

In 1992, he signed with Girondins Bordeaux. He followed it up with a debut for the national team in 1994 where he scored just 17 minutes after coming on in the second half. Zidane was with Bordeaux for 4 years before joined the Serie A giants, Juventus in 1996.

A legend was born

Juventus purchased Zidane for around 2 million pounds. There he trained under Marcello Lippi, learning the finer nuances of the game. Zidane’s winning streak began. He won the European Super Cup, Intercontinental Cup, and Scudetto in the very first season at the Bianconeri.  The ensuing season Zizou scored 7 goals in 38 matches, winning his second national title.

In 1998, World Cup, Zidane led the “Les Bleus” to victory after scoring 2 of France’s 3 goals in the final against Brazil. It was the first time France won brought home a world cup, and millions celebrated the victory at the Champs-Elysees.  Zidane’s image was projected on the Arc de Triomphe with the words “Merci Zizou”. He had become a national hero. Zidane was conferred the Ballon D’or in the same year.

In 2000 Zidane won his second Ballon D’or after beating Italy in the finals of the Euros.

After his triumph and honor Real Madrid approached Zidane. In July 2001, the president of the Club, Florentino Perez, finally signed up Zinedine Zidane for Real Madrid at a whopping 37 million pounds. Not only did Zidane go on to win his first European title that season but followed it through with the La Liga title, as well as his second Intercontinental and Uefa Super cups.

“I wanted to win the European Cup and I wanted to win it with Real Madrid”, said Zidane during his official presentation as a Madrid player. And he did just that!

Honours as a player:

Honours as a coach:

The game goes on

The Adidas endorser, Zidane ended his professional football career at Real Madrid, after playing in the 2006 World Cup final in Germany. In 2016, he joined Real Madrid to become the Manager of the team. Now his 4 sons follow in his footstep. Enzo, Luca, Theo and Elyaz play for various clubs. Zidane got married to the Spanish Verinoque Fernandez in 1994. He is now estimated at a net worth of USD 70 million.

“You can't put a limit on anything. The more you dream, the farther you get.” Michael Phelps Among the...
Read more
Sports

Virat Kohli the vice-captain of the ODI team, 2012, and Captain of the Indian national cricket team 2014...
Read more