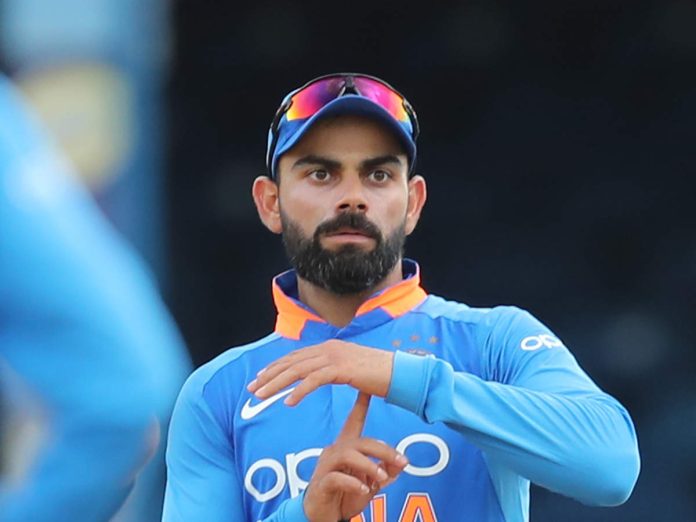 Virat Kohli the vice-captain of the ODI team, 2012, and Captain of the Indian national cricket team 2014 is a right-handed top-order batsman often compared to none other than the legendary Sachin Tendulkar.  Virat Kohli is also the Captain of team Royal Challengers Bangalore in the Indian Premier League (IPL). He has won the most number of Test matches as a Captain for India. In 2017, he took up the duties of limited-overs cricket. Under Viraat Kohli’s captaincy India continued to dominate Test cricket while recording ODI series wins in Africa and Australia. He won the People’s Choice Awards India for Favourite Sportsperson in 2012 and later Indian of the Year 2017 by CNN-News18. In 2020, Kohli the only cricketer to appear on the Forbes list was ranked 66th of the top 100 highest paid athletes in the world for the year 2020 with estimated earnings of USD 26 million. Run Machine, King Kohli, Chase Master, and now most adorable father-to-be is Virat Kohli for you!

Virat Kohli born on November 5, 1988 in Delhi is the third child of Prem and Saroj Kohli. He has an older brother Vikash and an older sister Bhavna. According to his family, Virat was only 3 years when he first picked up the cricket bat. He attended Vishal Bharti Public School and later shifted to Saviour Convent in Paschim Vihar to help his cricket practice. In 2015, the family moved to Gurgaon (now Gurugram).

In 1998, when West Delhi Cricket Academy was founded, Virat Kohli, a nine-year-old cricket enthusiast joined the academy to learn professional cricket. He trained under Rajkumar Sharma. He played for Delhi Under-15 team (2002), Polly Umrigar Trophy (2003-04), Vijay Merchant Trophy Under-17 (2003-04).

At the age of 18 years, in 2006 Virat made his first-class debut for Delhi against Tamil Nadu in November 2006, scoring just 10 in his debut innings. But in December when he decided to play for his team against Karnataka on the day after his father’s death on December 18, 2006 and went on to score 90, the nation watched the determination of a true cricketer. India bereaved with him.

According to Kohli, his father was his real Guru supporting his cricket training since childhood, “My father was my biggest support. He was the one who drove me to practice every day. I miss his presence sometimes.”

Virat Kohli made his ODI Debut against Sri Lanka in August 2008. In early 2008 Virat Captained the Indian U-19 team to victory at the 2008 ICC Under 19 Cricket World Cup in Malaysia.

During the 2011 South African series, Kohli was named for the 2011 World Cup. He played every match in India’s World Cup winning series and also scored a century in the tournament helping lead the team towards victory.

In the seven-match ODI series against Australia in 2013, Kohli struck the fastest century by an Indian in ODI.

In 2014, he was appointed the vice-captain of the ODI team which Virat says, he owes to everything MS Dhoni taught him. The rest is history.

Kohli made his T20I debut against Zimbabwe in 2010. During South Africa’s tour of India in 2015, Kohli crossed the 1,000 runs mark in T20I cricket and became the fastest batsman to do so. In the 2016 ICC World Twenty20, Virat Kohli played an unbeaten 82 from 51 balls to win against Australia. He ended the tournament with 273 runs in 5 matches that earned him his second consecutive Man of the Tournament award at the World Twenty20.

Among the Indian batsmen, Virat Kohli has the best ever Test, ODI and Twenty20 International ratings. In ODIs, Kohli has the second highest number of centuries and the highest number of centuries in run-chases in the world. He is also the fastest batsman to 8,000, 9,000, 10,000 and 11,000 runs in ODI cricket, reaching the milestones in 175, 194, 205 and 222 innings respectively.

In 2013, Kohli was the third highest run getter scoring 634 runs including six fifties at a strike rate of over 138. In 2015, Kohli’s batting performance helped his team reach the playoffs as he scored 505 runs at an average of 45.90.

Royal Challengers finished the 2016 season as the runners-up and Kohli broke the record for most runs in an IPL season. Virat Kohli, scored 973 runs, including four centuries and also became the first player to reach the 4000-run milestone in the IPL. He also received the Orange Cap in the 2016 season.

From September 19, 2020, Indians will be glued to their TV screens once again to watch Virat play this season of IPL.

The soon to be parents Virat Kohli and Anushka Sharma have just recently shared the good news with their fans worldwide. The couple was married on December 11, 2017 in Florence, Italy.

During India’s loss in the 2015 World Cup semi-final, when trolls blamed Anushka for Virat’s distraction and early dismissal, he immediately took her side, writing a strong message on social media. It said, “Shame on those people who have been having a go at Anushka for the longest time and connecting every negative thing to her. Shame on those people calling themselves educated. Shame on blaming and making fun of her when she has no control over what I do with my sport. If anything, she has only motivated and given me more positivity.”

The beautiful couple was after all meant to be together.

Since 2008 Bunty Sajdeh of Cornerstone Sport and Entertainment is managing Kohli’s endorsement deals. The king of brand endorsement for a princely price of INR 4-4.5 crores per day has lent his name to some famous brands including,

On field the most aggressive cricketer, off field Virat shows his softer side through the ‘Virat Kohli Foundation (VKF)’. The charity founded in March 2013, aims at helping underprivileged kids.

Victorious Virat Kohli is not just India’s well-known cricketer but a role model to every aspiring cricketer. From cricketer to father-to-be, his story has become inspiring, incredible and adorable.

“You can't put a limit on anything. The more you dream, the farther you get.” Michael Phelps Among the...
Read more